Earlier: For 15 or 16 months Hollywood Elsewhere has stood alone in claiming that Bong Joon-ho‘s Parasite is half very good and half looney-tunes. The latter portion starts around the halfway mark when the drunken con-artist family lets the maid in during the rainstorm. I’ve said this 36 or 37 times.

You think it’s fun or easy standing up to the woke Oscar mob? Well, this is a moment of rejoicing because someone, finally, has stood up and called Parasite an “odd” film also.

THR‘s Scott Roxborough: “Parasite has blown open the doors of the international feature category, long thought to be the purview of ‘serious message movies,’ to the experimental and the strange.

“If a movie about a family of South Korean con artists — one that shifts in tone among thriller, horror and straight-out farce — can win the highfalutin’ international feature Oscar, than even the weirdest overseas films have a shot this awards season.”

Posted on 7.23.20: “Parasite obviously won because a sufficient number of voters agreed with the blunt-social-assessment aspect (life is unfair for the poor) plus the wokesters loved the idea of choosing a well-made film by a filmmaker of color, and one that didn’t fit the usual definition of a Best Picture winner. Plus Bong Joon-ho worked the town like a locomotive.

“The first half of Parasite is very good (it goes off the rails when they let the fired maid in during the rainstorm) but it won because of identity (i.e., non-white) politics. Don’t argue, don’t lie, that’s why.” 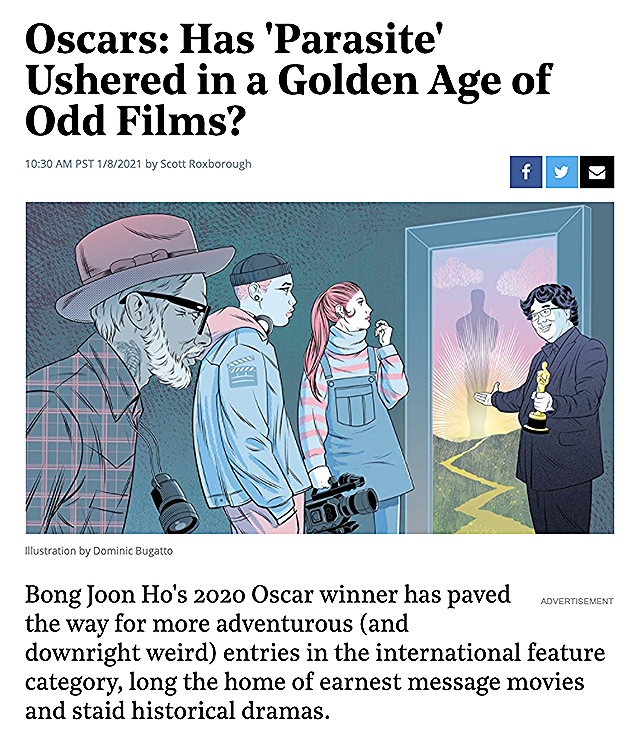 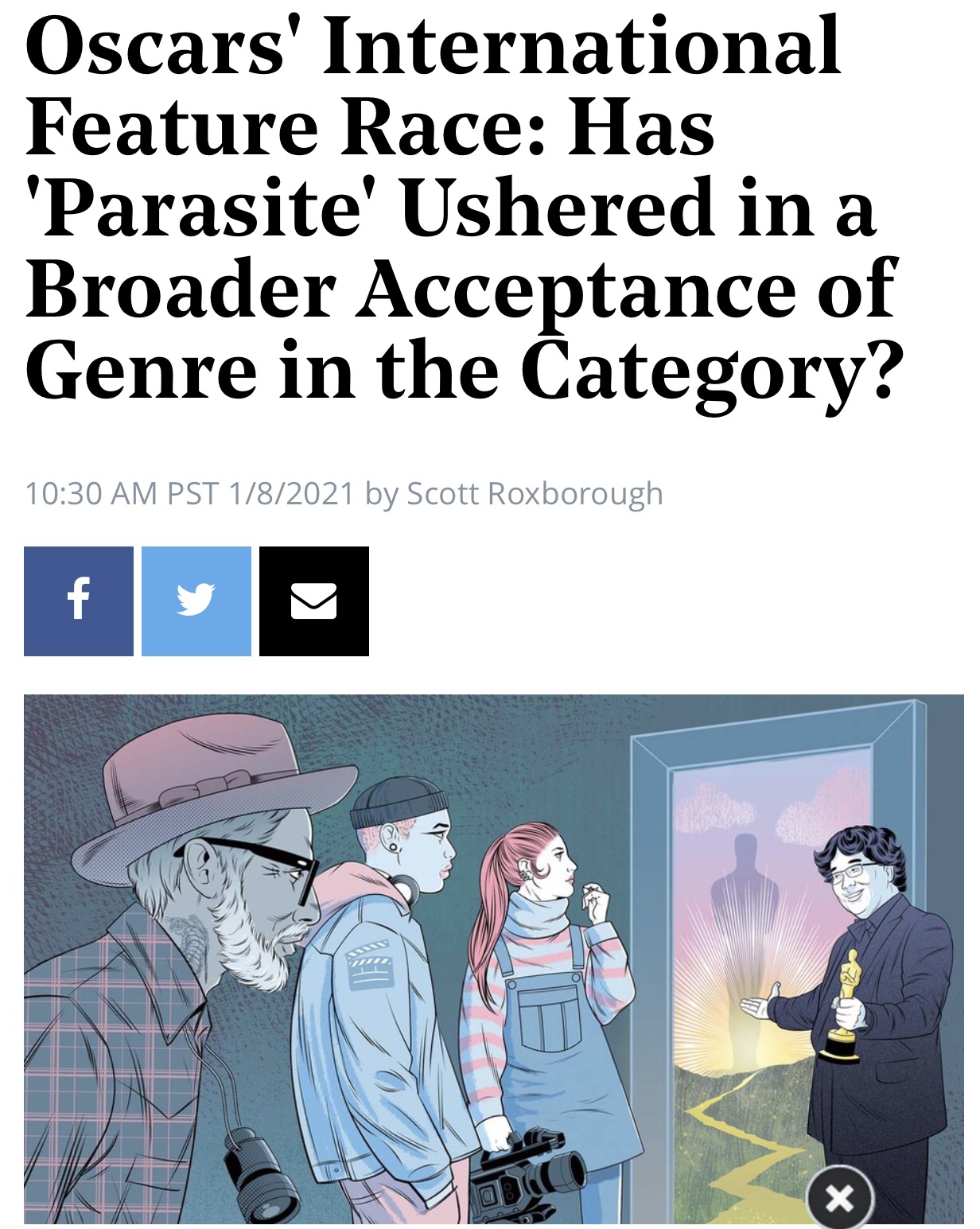 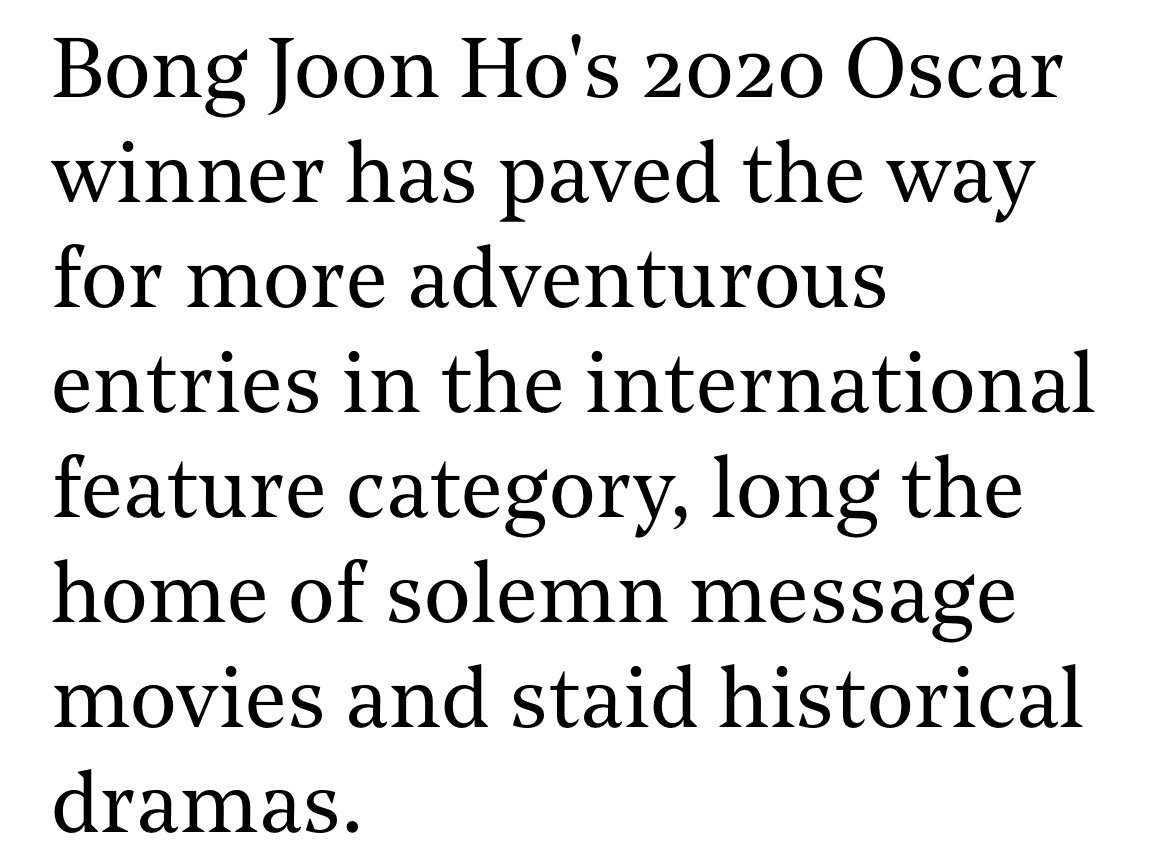