“Lou Stroller made some comment about Mrs. Malick, and Terry was not having it, and beat the hell out of him. In true Texas style — he was so Texas. Didn’t even hesitate, just started swinging. They were down like two buffalo — they were big guys — and they were on the ground, rolling around, and Terry just whupped him. 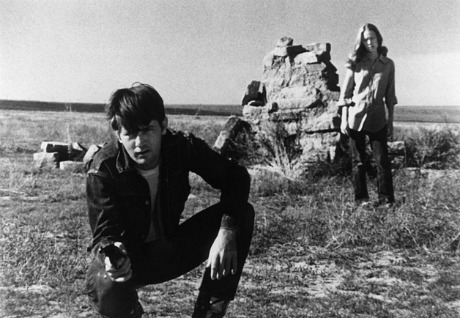 “Oh, I acted outraged — ‘What a breakdown of discipline, this fighting on the set!’ — but I couldn’t have been prouder of him. Can you imagine? If more directors would beat up their producers, we’d have a lot more artistic freedom.” — from a making-of-Badlands piece in GQ.