Hell In The Desert 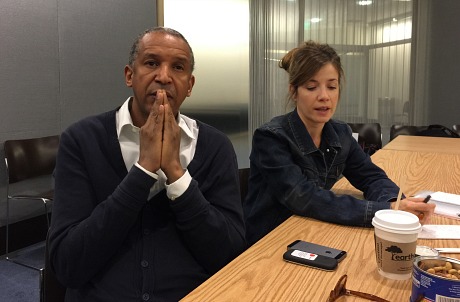 Which isn’t to say that Sissako (Waiting For Happiness, Bamako) isn’t a formidable artist with a strong voice and world-class chops. He knows from verisimilitude, good acting, pacing, framing, cutting…a first-rate artist as far as delivering this kind of hellishly realistic filmmaking goes. Some (like Variety‘s Jay Weissberg) regard Sissako as Bresson-like. “In the hands of a master, indignation and tragedy can be rendered with clarity yet subtlety, setting hysteria aside for deeper, more richly shaded tones,” Weissberg wrote. “Abderrahmane Sissako is just such a master.” I wouldn’t dispute Weissberg for a second. The only problem or hiccup for me was that watching Timbuktu meant I had to sit there and suffer under Sharia law along with the characters in the film. I wanted an early ’90s version of Arnold Schwarzenegger to come to the rescue and blow these Ansar Dine motherfuckers to kingdom come.

The French-speaking Sissako is a lovely man, a former Parisian (he now lives in Mauritania), an elegant dresser, very cool. Chatting and trading views and generally spending time with him was a real pleasure. Thanks also to the Los Angeles-based Myriam Despujoulets for her excellent translation. 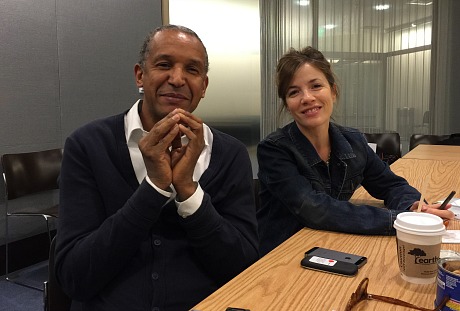