That’s great about Universal senior publicist/marketing guy Michael Moses becoming the new co-president of Universal marketing because…you know, whatever, Moses has read and liked HE for years so every well-placed corporate pally in a position to support and approve is a good thing in a loose-shoe hoo-hah sense. 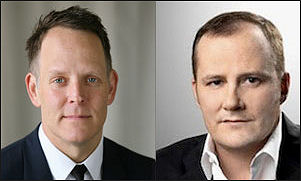 Longtime Universal marketing honcho Eddie Egan will remain in charge and in his same position. He and Moses are now both co-presidents, but Moses will still report to him. Maria Pekurovskaya, whom I’ve never spoken to but whom presumably reads or at least glances at HE from time to time, has been named exec vp creative advertising.