I’ll never forget the first time that my sons (Jett, Dylan) and I watched Alfred Hitchcock‘s The Birds together, and more particularly their reaction to the “homicidal crows attack the fleeing schoolchildren” scene. They were somewhere around 8 or 9 years old, as I recall, and basically found it hilarious. The more the schoolkids cried and screamed and fell to the ground and bloodied their knees, the more J & D laughed. A better word is “cackled.”

This happened, I immediately presumed, because the boys found the absurdly mannered and constricted behavior of the kids ridiculous. (Hitchcock was always terrible with children). They especially couldn’t stand the stilted, formal-sounding dialogue that poor Veronica Cartwright was obliged to say. And who, by the way, who doesn’t loathe that awful, perfectly phrased song the kids were singing inside Suzanne Pleshette‘s schoolhouse just before the attack?

Excerpt from Camille Paglia’s book-length essay about The Birds (BFI Film Classics): “It’s another race, this time foot versus wing. Like Furies, the crows harass the children from behind, nipping their necks and cheeks, as we seem to slide helplessly backward downhill, with the mob about to trample us. There’s a tremendous noise of mingled screams and raucous bird cries.

“After the first flash of real horror, I generally settle down to laughing and applauding the crows, whom I regard as Coleridgean emissaries vandalizing sentimental Wordsworthian notions of childhood. It’s like my idol Keith Richards cuffing about Pollyanna and Beaver Cleaver. There’s an exuberant, Saturnalian, Mad magazine zaniness to the whole grisly business.“ 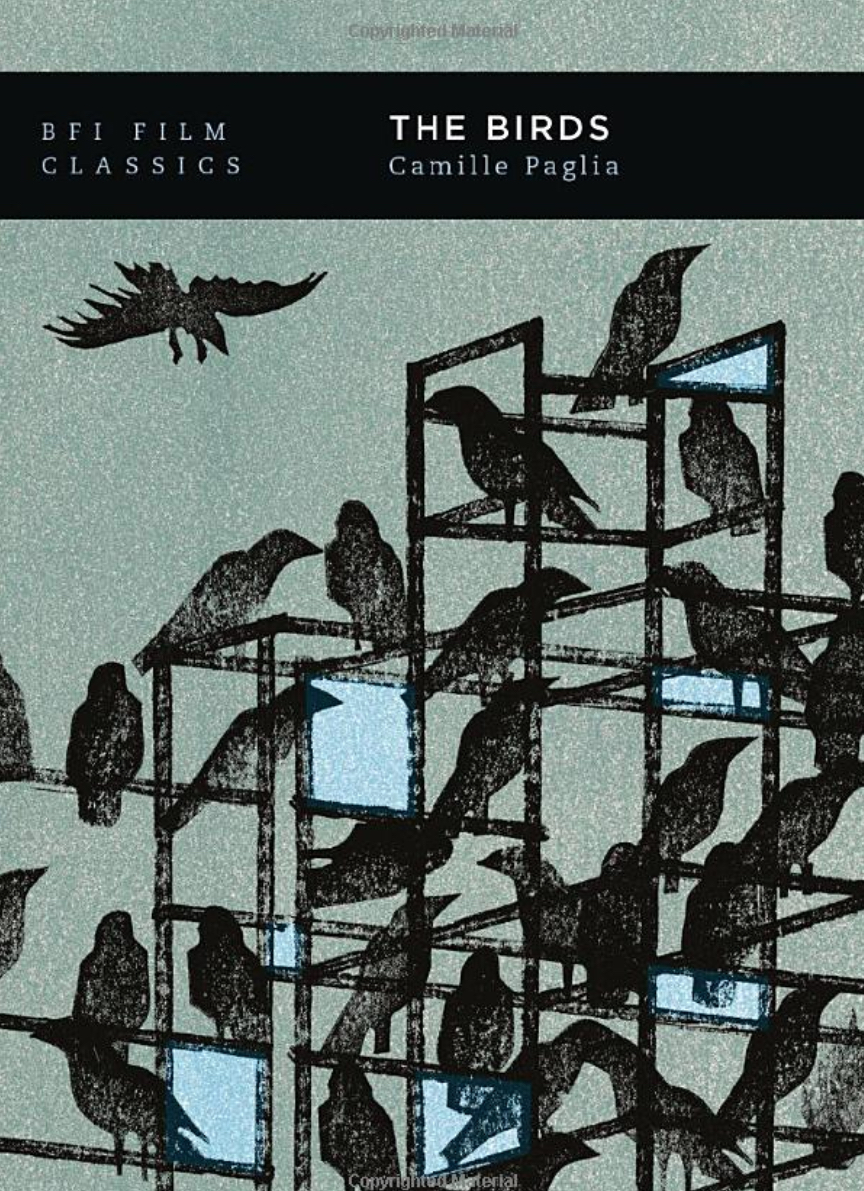