How can Sacha Gervasi‘s Anvil! The Story of Anvil not wind up being nominated for Best Feature Documentary Oscar? It’s got heart, it’s about over-the-hill, down-on-their-luck artists getting their groove back, it’s well made, it’s connecting with audiences, it’s funny, it’s lowbrow-highbrow. How can Academy’s doc committee ignore it? 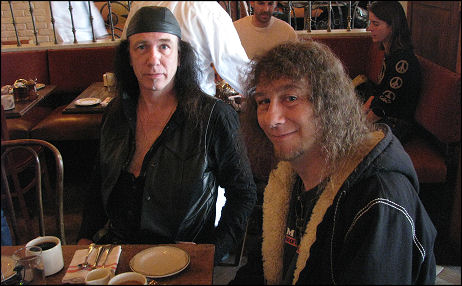 This is what I was thinking, at least, as I sat this morning with the Anvil! guys — Gervasi and band members Steve “Lips” Kudlow, Robb Reiner and Glenn Five — at a table at Gemma, the Bowery Hotel restaurant.

Who doesn’t love Anvil!? It’s got a 97% positive Rotten Tomatoes hoi polloi rating and a 100% positive creme de la creme one. Gervasi told me that Dustin Hoffman recently flipped for it and has actually seen it three times. I ran a review three days ago and called it “one of the saddest (as in funny-sad) and most recognizably human, emotionally touching rock-music documentaries I’ve ever seen.”

I mainly spoke with Gervasi and Five. (“Lipps” and Reiner were at the other end of the table.) Here’s an mp3 of our chat.

I was told the band did q & a’s at the Angelika Film Center yesterday and are doing two more tonight. They’re attending the Cannes Film Festival from 5.16 through 5.18 (i.e., market screenings) and plan to throw a party on a yacht out in the bay, and will perhaps stage a concert somewhere during their stay. The Anvil! DVD will come out sometime between late July and early September, and concurrent with this Anvil will begin a new tour called “The Anvil Experience” in which the film will be shown followed by a concert. 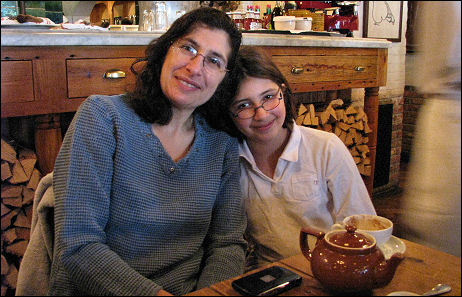 Everything about Anvil! says “life can be fair, second chances are possible, not every loser or also-ranner bounces back but these guys sure did.”

42West partner Cynthia Swartz and 42West publicist Scott Feinstein organized and attended the brunch. And on top of this was the Portman coincidence.