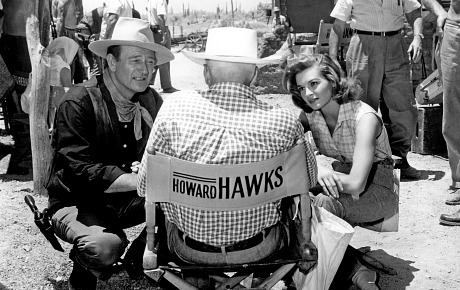 Best Picture contender: 12 Years A Slave. Three great scenes?: Seven, I would say. Paul Giamatti‘s slave auctioneer leading various buyers through a house where several naked slaves are waiting for inspection. That silent sex scene in which Chiwetel Ejiofor‘s Solomon Northrup and a slave woman couple wordlessly and instinctually in the dark. Chiwetel delivering beautiful payback to Paul Dano‘s plantation taskmaster, and then Chiwetel being forced to hang all day from a tree branch with a rope around his neck, his feet barely touching the ground enough to keep himself from strangling. Chiwetel running away and coming upon two slaves about be hanged for some infraction. Chiwetel being forced to whip Lupita Nyoong’o‘s slave character. Chiwetel appealing to Brad Pitt‘s Canadian abolitionist to deliver a letter. Chiwetel finally reuniting with his family at the end.

Best Picture contender: Gravity. Three great scenes?: The whole movie delivers greatness in a general sense, but as far as Hawks is concerned I think Alfonso Cuaron‘s film has only two real goodies. The opening seven-plus minutes is certainly legendary from a standpoint of pure visual splendor and the lack of editing. And the following scene when the debris starts hitting and everything goes to hell is also very strong. But I’m not persuaded that the remaining scenes are all that fantastic — they’re just very efficient. Boil Gravity down to basics and it’s a perils-of-Pauline movie, although rendered with high-end technical chops and superb visual panache.

Best Picture contender: Inside Llewyn Davis. Three great scenes?: Seven. Oscar Isaac‘s opening performance of “Hang Me” in the Gaslight. The “takes two to tango” argument scene in Washington Square Park between Isaac and Carey Mulligan. The recording studio performing of “Please Mr. Kennedy” by Isaac, Justin Timberlake and Adam Driver. The “surly commentary from the back seat” scene between Isaac and John Goodman. The “eyeballing the highway exit to Akron, Ohio” scene. Isaac’s Chicago audition scene with F. Murray Abraham. The “where’s the scrotum?” cat scene in the apartment of Isaac’s Upper West Side Columbia University benefactors.

Best Picture contender: Dallas Buyer’s Club. Three great scenes?: At least three. When Matthew McConaughey‘s Ron Woodroof takes offense as the dissing of Jared Leto‘s Rayon by Kevin Rankin‘s T.J. character in the supermarket aisle, and puts him in a headlock and demands that he apologize. That sad scene between Rayon and his rich dad (James DuMont) when Rayon comes asking for money. And the two or three scenes when Woodroff inveighs against the FDA officials and their sweetheart relationships with Big Pharma companies, which we might as well call One Big Scene.

It is now up to the readership to answer how many strong or great scenes there are in Saving Mr. Banks, Nebraska, Her, American Hustle, Captain Phillips and Before Midnight. And of course describe them. Plus any other films you might want to mention.