The fundamental reason that many critics and critics groups have taken leave of their senses and praised (and in some cases awarded) lightweight mediocrities like The Artist, War Horse, The Help (along with Woody Allen‘s fine, lightly amusingMidnight in Paris) is the financial collapse of 2008. So it’s not Harvey Weinstein‘s marketing swagger that has led to The Artist dominating the 2011-2012 awards season. You actually need to blame John Paulson, Henry Paulson and fucking Lehman Brothers for that. 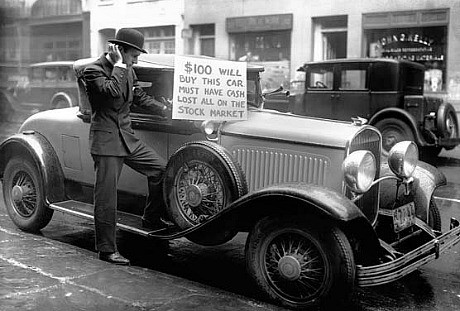 Or so says Deadline‘s Pete Hammond in a just-posted analysis:

“Recent Best Picture winners like The Hurt Locker, The Departed, No Country For Old Men, Crash, Slumdog Millionaire and nominees like There Will Be Blood, Babel, Michael Clayton, The Reader and many others exploring our darkest moments seemed to be what the Academy, and the public for that matter, wanted in their entertainment.

“But then bad economic times hit, really bad times, and the result seems to have spawned a different kind of top Oscar contender. Last year was the turning point as a more traditional period film that promoted a better view of ourselves handily defeated a more cynical movie that defines our times. In the battle of The King’s Speech vs. The Social Network, good old fashioned entertainment won out over edgy and complex, if superlative, filmmaking.

“Now at the top of most pundits lists we are seeing a return to the kinds of movies that might have worked in the Great Depression of the 1930?s when pure entertainment ruled the roost and Shirley Temple and Astaire and Rogers were must-sees.

“With frontrunners and early award magnets like the black-and-white silent film The Artist, Martin Scorsese‘s love letter to the earliest days of the movies Hugo, Woody Allen‘s nostalgic and romantic Midnight In Paris, and the glistening film-about-the-making-of-a-film My Week With Marilyn (just longlisted for a leading 16 BAFTA awards) it is a different kind of race entirely .

“These are the favorites in many categories while darker fare struggles to compete on the same level. It’s as if people are trying to use movies again for escape from the harsh realities of living in this modern, difficult world.”