I decided to see 45 minutes’ worth of SuperClasico at the Palm Springs High School, and then walk to the Camelot plex across the street to catch an 8 pm showing Turn Me On, Dammit! (I’ll see the remainder of SuperClasico today at 3 pm.) And I have to say, regretfully, that Turn Me On, Dammit! is slow-moving and interminable — one of the dullest sex comedy-teenage ennui films I’ve ever seen in my life. And I can’t say I was levitated by SuperClasico either, although it started to improve just as I was leaving. 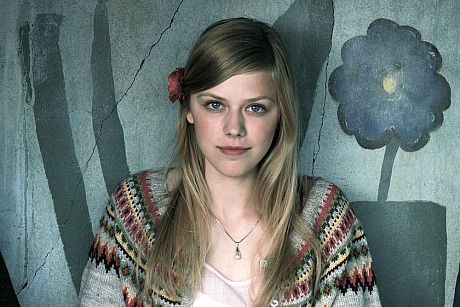 A nice but dull Reid Rosefelt-approved shot of Helene Bergsholm, star of Turn Me On, Dammit!

Directed and co-written by Jannicke Systad Jacobsen, Turn Me On is a woman’s sexual awakening “comedy,” if you want to call it that. But it’s really about a teenaged girl’s sexual fantasies that don’t lead to anything except more fantasies. It’s also about dullness and torpor and being imprisoned in a small Norweigan hamlet in which nothing happens. Okay, smallish things happen (i.e., modest personal awakenings) but you know what I mean.

It has a running time of only 76 minutes, but it feels like 176 minutes.

Turn Me On, Dammit! reminded me somewhat of Lena Dunham‘s Tiny Furniture. In my 12.27.10 review I called Furniture “realistic and character-rich and low-key ‘cool’ [with] an honestly dreary vibe…not a lot happens, and the film takes its time about it. It has integrity, but it really could be titled A Life in Hell.” This is pretty much what Turn Me On is. Jacobsen wants you to experience the suffocating boredom as you sit in your seat, and that definitely happens, let me tell you.

It’s also fair to say that her film exudes the antithesis of the lively, wiggy vibe of a 1930s screwball comedy. The best way to see it would be to take two Percocets an hour before it starts, and then just sit there with your eyelids half-closed as it plays, sinking into your seat and going “aaaggghhhhhh.”

Helene Bergsholm plays Alma, a pretty 15 or 16 year-old who lives with her single mom and masturbates a lot and has phone sex and would like to have it off with Artur (Beate Stofring), a young candy-ass with a handsome face but no balls, no pizazz, no lust for anything. During a party Alma and Artur are chatting outside, and then one of two things happen: he either takes out his angry schlonghauffer and pokes her in the thigh with it, or she imagines the same. 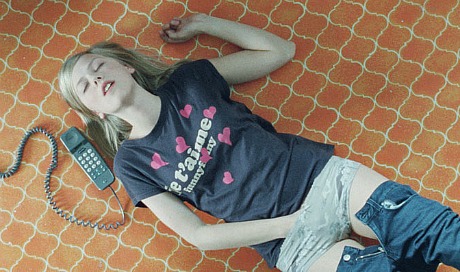 Salacious (but thematically accurate and reflective) shot of Bergsholm in Turn Me On, Dammit!, sent out by European distributors…tasteless dickwads! How dare they send out a publicity still that suggets and evokes the compulsions and longings of the lead character! Don’t they have any decency? Any manners? Reid…you get what I’m saying. Can you give these animals a stern talking-to?

She tells her girlfriends about this, and Artur denies it and for some idiotic reason all the kids in her small town (the film was shot in Hjelmeland, Norway) decide she’s a pathetic loser and she becomes persona non grata — i.e., “Dick Alma.”

The movie sits there, I sat there, the audience of mostly 60 and 70somethings sat there, and we all wound down like a vinyl album playing on a vintage turntable in Frank Sinatra‘s home that has been just been unplugged….”whurrrrruuhhhrrrrmmm.”

I’ll write something about Superclasico when I see Part 2 later this afternoon.