“China’s announcement is a game changer for elephant conservation. The large-scale trade of ivory now faces its twilight years, and the future is brighter for wild elephants. With the US also ending its domestic ivory trade earlier this year, two of the largest ivory markets have taken action that will reverberate around the world.” — Carter Roberts, president/CEO of World Wildlife Fund.

In a 12.6 Indiewire piece that assessed the 2017 Documentary Shortlist situation, Anne Thompson speculated that The Ivory Game is not among the five docs that are most likely to be nominated. HE respectfully disagrees. In my opinion the five most likely and most deserving docs, in this order: O.J.: Made in America, Weiner, Cameraperson, The Ivory Game, Fire At Sea. 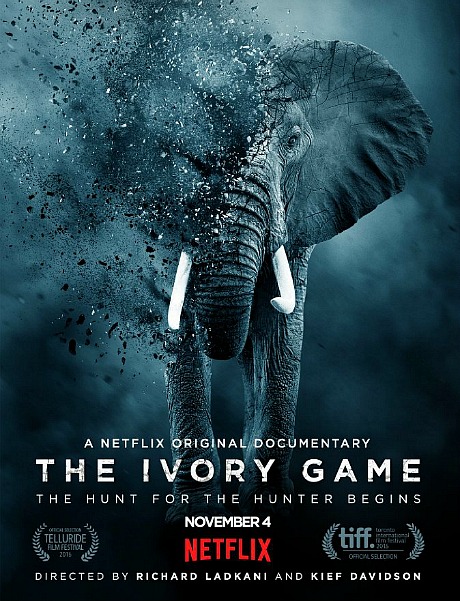