Jones and things that sting 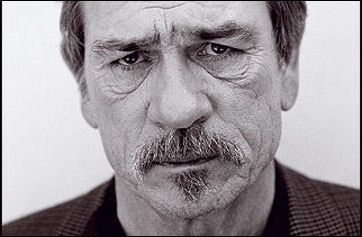 So says Tommy Lee Jones about his home turf of San Saba county in Texas, where he runs a sizable cattle ranch, to the Guardian‘s Benjamin Secher. But hell….except for the past about the spiking plant, Jones could be talking about the culture of Hollywood. Show respect. Always show respect.