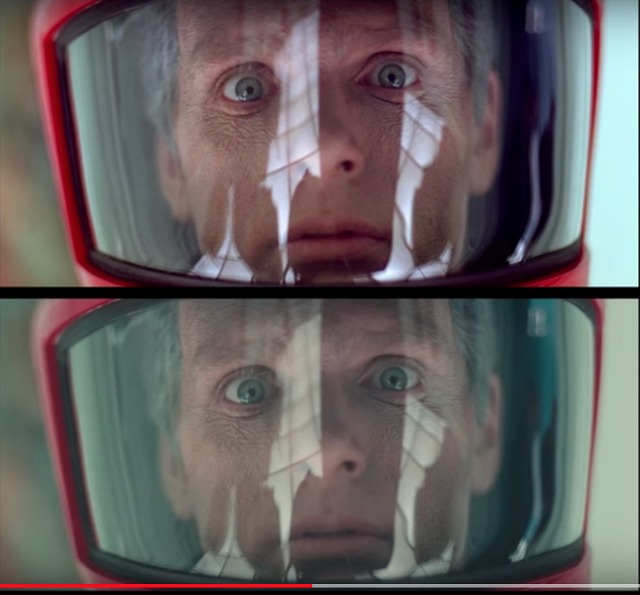 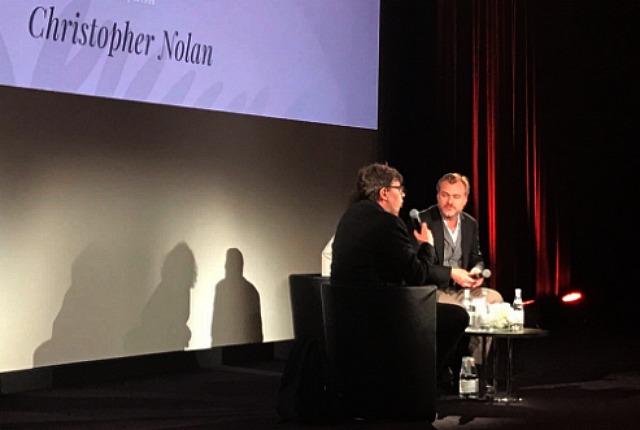 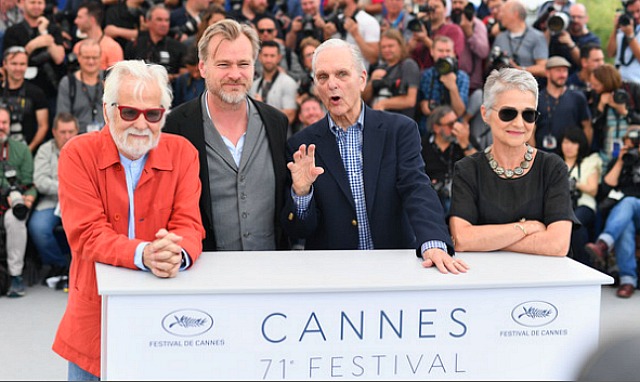 “What they show may be beautiful, but they’re not working from the original camera negative, which has been badly damaged. They’re working from ‘new printing elements’ taken from the original negative, which basically means a fourth-generation print. All original prints were struck from the camera original. They won’t be using the original film stock that the original 2001 was printed on, which was Eastman 5385, a 1962 film stock, that had appropriate film grain to the way the film had been designed. So it’s not off the negative, they don’t have the original film stock, and they’re be making it off a dupe rather than using 4K or 8K files. “All of that noted, stocks are so good today that the fact that a print is fourth-generation may not matter.”

On 4.24 a guy named Krishna Ramesh Kumar posted a video essay that compares the forthcoming, Christoper Nolan-approved, unrestored 50th anniversary re-release of 2001: A Space Odyssey with corresponding images from the Warner Home Video 2007 Bluray. Please watch the essay but pay particular attention to three sets of comparison captures that I’ve posted below. The 2007 Bluray images are on top; the unrestored 70mm Nolan versions are below. The Nolan is obviously warmer, yellower and even teal-ish with weak contrasts and less detail. Plus it has no deep blacks or true whites. 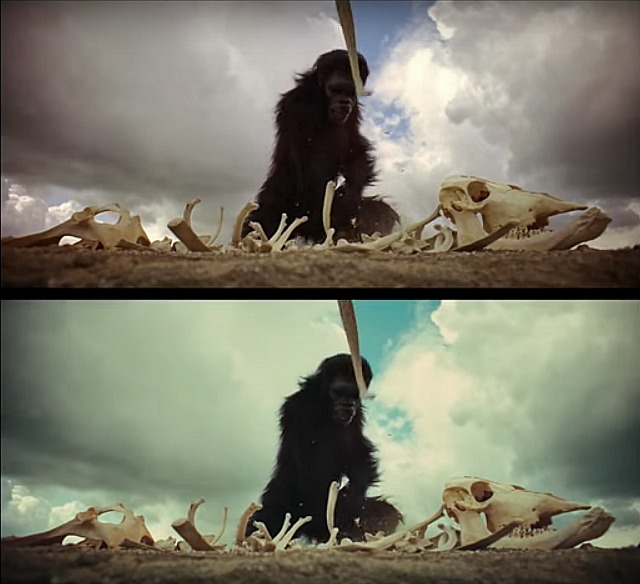 Bluray above; Nolan version below. 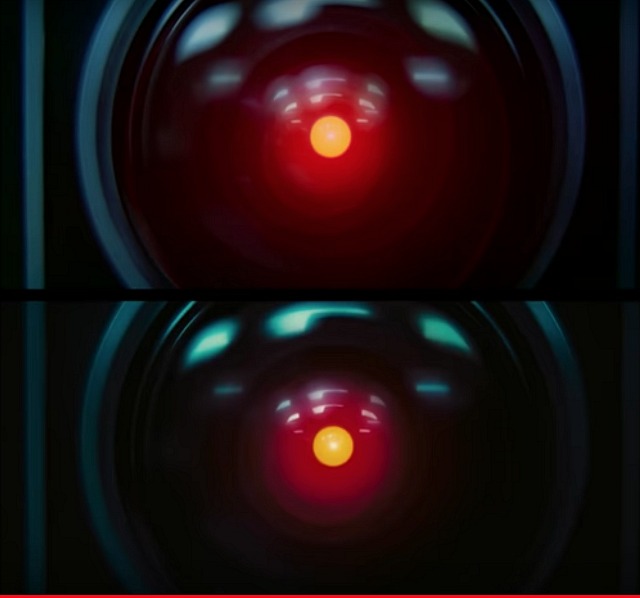