I recently got my mitts on some Twilight Zone action figures, and right away I was taken aback by the footwear worn by Richard Kiel‘s Kanamit character from To Serve Man (episode 89, season 3). Kiel was chosen to play an alien because he’s tall, and to make him even taller the producers had him wear high platforms…fine. But why would an actual Kanamit wear platforms? It makes no sense. Short people who can’t accept themselves wear platforms — not tall people. Why would a fat person wear a fat suit? 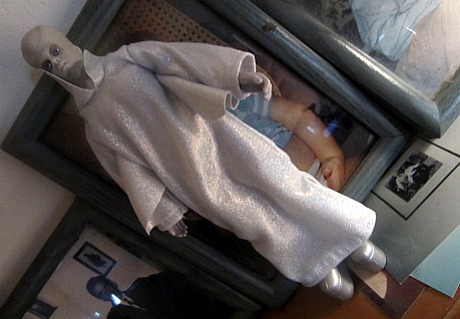 The odd thing is that the action-figure makers presumably copied Kiel’s Kanamit shoes from stills of Kiel wearing the super-high platforms during the shooting of the epsiode, And they didn’t realize what a nonsensical thing it would be for an actual Kanamit to wear platforms. They didn’t understand that the platforms weren’t supposed to be seen by the audience. And now they’ve blown it. The jig’s up, in a sense. 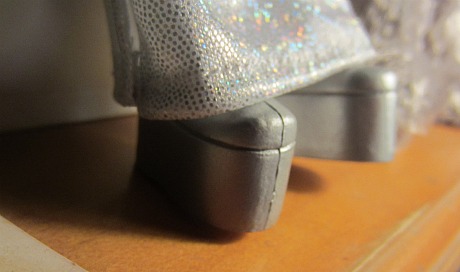 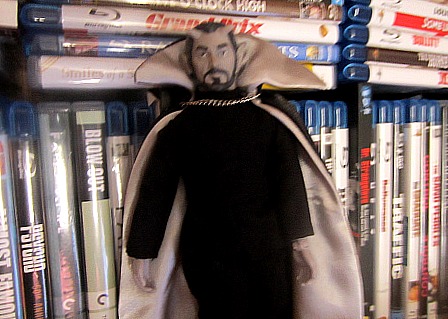 Robin Hughes’ devil from the finale of The Howling Man.

If you were in charge of manufacturing action figures based on the seven-foot-tall Martin goons in the original Invaders From Mars (1953), would you tell the designer to include the big zippers that are plainly evident on the back of their green-felt Martian suits in the film, or would you not include them?