I’m way the hell back in the line of journalists looking for one-on-ones with Kristen Stewart during Sundance 2010. I realize that, and I know it’s my own damn fault because I didn’t work it soon enough. My chances are improved, I realize, by the fact that she’s got two films playing there — The Runaways and Welcome to the Rileys. But it’s still going to be hard. What else is new? 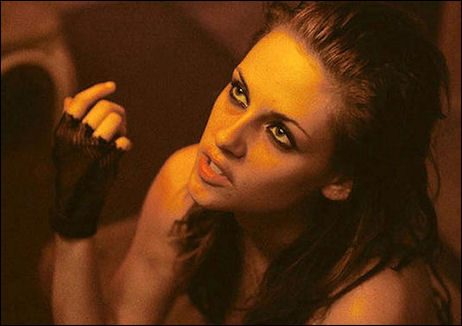 Kristen Stewart in Welcome to the Rileys.

But I may as well say this out loud in hopes that the publicists (KStew’s, the ones repping the films) may be reading and thinking things over. Not to put it too clumsily but I’d greatly appreciate a little face-time. 15 or 20 minutes, I mean. Because the Movie Godz have told me they need to take a closer look because the filters have been too thick so far.

I’m making this request as the only columnist who’s written the following about KStew: (a) that she’s “the GenY Marlon Brando/James Dean/Montgomery Clift,” and (b) that during her ComicCon appearance last summer she “looked, frankly, kind of rock-and-rollish with a kind of cigarettes-and-booze attitude…a fascinating actress, but clearly not someone who’s looking for peace as much as truth, even if it scalds.”

A little gut twitch tells me Rileys might — I say “might” — be the better of the two, but we’ll obviously know soon enough. I leave for Park City five days from now. 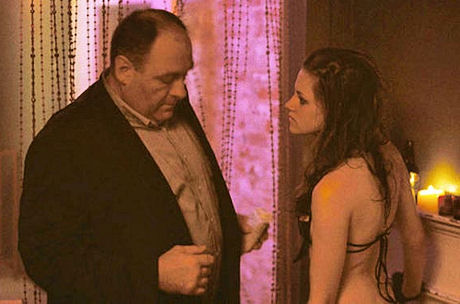