News outlets are reporting that the San Francisco Unified School District voted this week to rename 44 schools named after controversial public figures, including a high school named for Abraham Lincoln.

The district, which has more than 57,000 students enrolled, is changing the schools named after historical figures linked to “the subjugation and enslavement of human beings; or who oppressed women, inhibiting societal progress; or whose actions led to genocide; or who otherwise significantly diminished the opportunities of those amongst us to the right to life, liberty, and the pursuit of happiness,” according to the text of the SFUSHD resolution.

Abraham Lincoln High School will henceforth be called…it hasn’t been reported. If it were up to me I’d rename it Pol Pot High. Lincoln was zotzed because of “his [poor] treatment of First Nation peoples,” teacher Jeremiah Jeffries told the San Francisco Chronicle last month.

This is the kind of thing that wins votes for the Trump faction of the Republican Party. Honestly? I look forward to the day when this kind of insanity finally goes out of political fashion. If Steven Spielberg and Daniel Day Lewis had an ounce of courage between them, they would release a suitably outraged statement to the N.Y. Times. 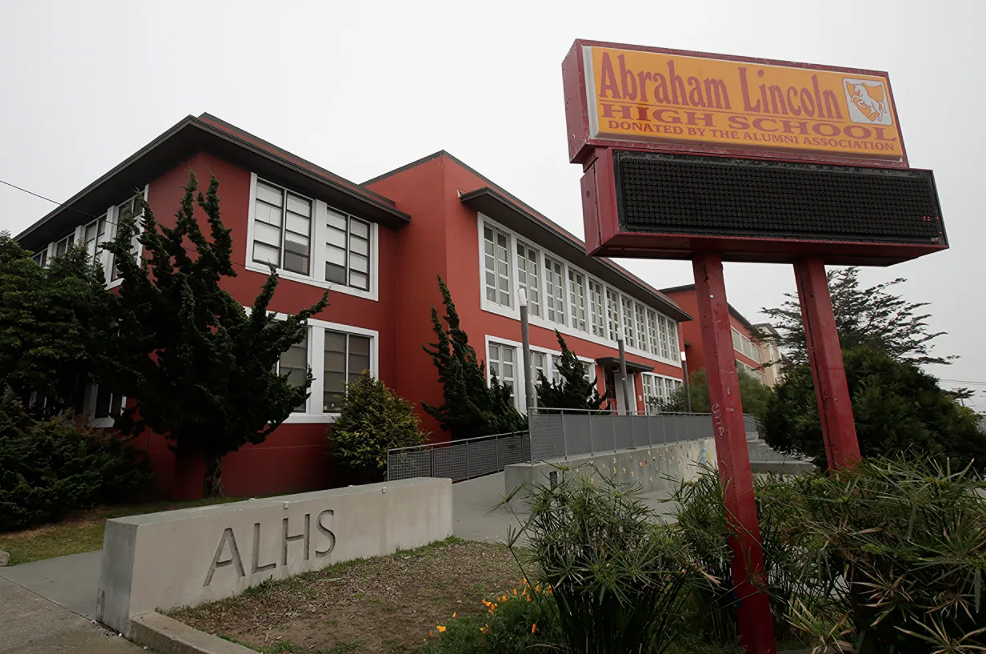