Just now a strange compulsion led me to buy a British Bluray of Jerzy Skolimowski‘s The Shout. I did so despite knowing that it’s not very good. It creeped me out when I first saw it at the 1978 New York Film Festival, but it also left me hanging. After it ended I felt as if bees were buzzing in my head. I looked at a friend and said, “Can you tell me what the fuck that was about?”

In his 11.9.79 N.Y. Times review, Vincent Canby called it a “vivid, piercingly loud movie as well as an almost totally incoherent one. 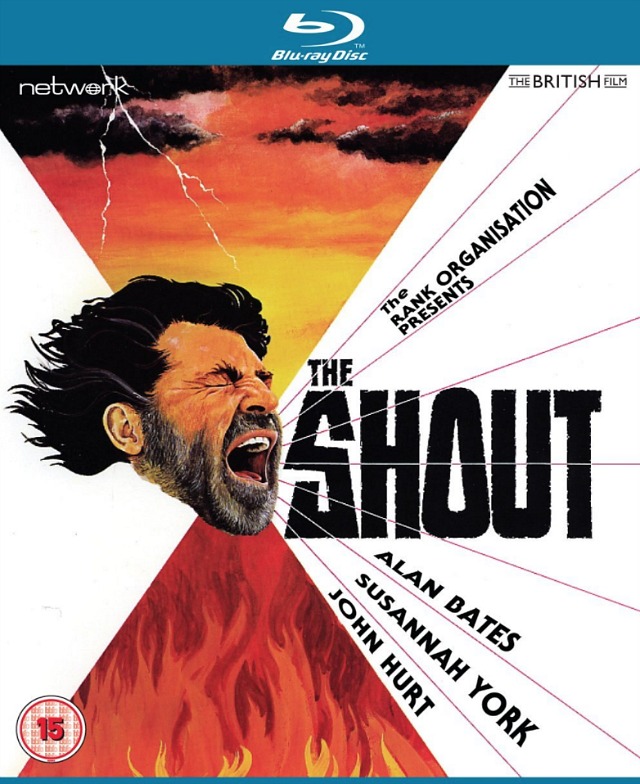 “The story starts off well, like almost any ghost story made up by a child, but then it becomes so full of loose ends, contradictions, cryptic symbols and close-ups of objects that…one eventually tunes out of the narrative, much as one does when the child’s ghost story becomes too hopelessly muddled for even the child to unravel.

The Shout “is an elegant looking movie, nicely performed, but because it leaves one knowing less than one did at the beginning, it is easily forgettable. Except for the sound. Apparently to prepare us for the scene in which Charles screams his aboriginal scream, the producers seem to have sharpened or heightened the soundtrack in such a way that even ordinary sounds — the wind, for example — take on a painful sibilance.”

That’s the odd thing — Canby called it “easily forgettable” but I’ve never forgotten it. And now I want it again. Go figure.