It was reported earlier today that Bill Clinton has told confidantes that in order to get his full support in the presidential campaign Barack Obama will have to apologize, beg and grovel like nobody’s business. Clinton was quoted as saying, in fact, that Obama will have to “kiss my ass” in order to make things right. 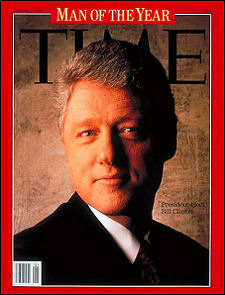 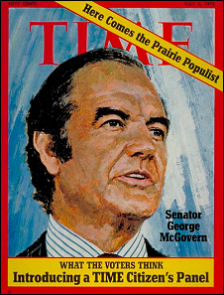 Clinton apparently resents having been tarnished by the Obama campaign for having played the race card, which of course Clinton absolutely did when he compared Obama’s win in the South Carolina primary to Jesse Jackson’s two previous wins there in the ’80s. Coupled with Hillary’s statement that Obama is not a Muslim “as far as I know” and her “psst…Obama is black!” implications in speeches to and comments about “white” Appalachian-belt voters, it’s almost surreal that her husband is angry about all this, but the truly arrogant have never recognized boundaries.
The last time “kiss my ass” was attributed to an ex- or would-be White House resident in a presidential campaign was, according to this Time report and this Wikipedia page, on the final day of the 1972 campaign when Democratic candidate George McGovern euphemistically told a pro-Nixon heckler in Battle Creek, Michigan, to plant his puckered lips on McGovern’s rump. The astonished heckler, a chubby kid with glasses, reportedly told a reporter that McGovern had “said a profanity!”
Time columnist Joe Klein has told the Telegraph that he’s been told the ex-president is “very, very bitter” about the campaign. “It’s time for him to get over it or go off and do his charitable work,” Klein is quoted as saying. “[Clinton] knows the rules of the road. What’s going on now is kind of strange. I think his behavior is really, really shocking.”