In keeping with the lousy-projection standards theme of my 12.5 and 12.6 postings, HE reader Grant McFadden has passed along comments by director Stanley Kubrick during a 1987 Rolling Stone interview with Tim Cahill. Commercial projection is perhaps a bit better today than it was 20 years ago (certainly if you factor in standards at theatres like L.A.’s Arclight), but generally speaking only that. 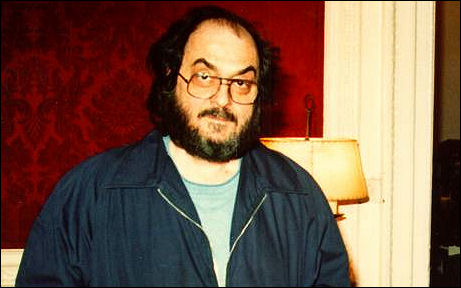 Here’s a portion of what Kubrick and Cahill said to each other on this subject:

Cahill: There’s a rumor that you actually wanted to approve the theaters that show Full Metal Jacket. Isn’t that an example of mindless anxiety?

Kubrick: “Some people are amazed that I worry about the theaters where the picture is being shown. They think that’s some form of demented anxiety. But Lucasfilms has a Theater Alignment Program. They went around and checked a lot of theaters and published the results in a [1985] report that virtually confirms all your worst suspicions. For instance, within one day, fifty percent of the prints are scratched. Something is usually broken. The amplifiers are no good, the sound is bad, the lights are uneven.”

Cahill: “Is that why so many films I’ve seen lately seem too dark? Why you don’t really see people in the shadows when clearly the director wants you to see them?”

Kubrick: “Well, theaters try to put in a screen that’s larger than the light source they paid for. If you buy a 2000-watt projector, it may give you a decent picture twenty feet wide. And let’s say that theater makes the picture forty feet wide by putting it in a wider-angle projector. In fact, then you’re getting 200 percent less light. It’s an inverse law of squares. But they want a bigger picture, so it’s dark.

“Many exhibitors are terribly guilty of ignoring minimum standards of picture quality. For instance, you now have theaters where all the reels are run [with a norizontal platter system]. And they never clean the aperture gate. You get one little piece of gritty dust in there, and every time the film runs, it gets bigger. After a couple of days, it starts to put a scratch on the film. The scratch goes from one end of the film to the other. You’ve seen it, I’m sure.”

Cahill: “That thing you see, it looks like a hair dangling down from the top of the frame, sort of wiggling there through the whole film?”

Kubrick: “That’s one manifestation, yeah. The Lucas report found that after fifteen days, most films should be junked. [The report says that after seventeen days, most films are damaged.] Now, is it an unreal concern if I want to make sure that on the press shows or on key city openings, everything in the theater is going to run smoothly? You just send someone to check the place out three or four days ahead of time. Make sure nothing’s broken. It’s really only a phone call or two, pressuring some people to fix things. I mean, is this a legitimate concern, or is this mindless anxiety?”