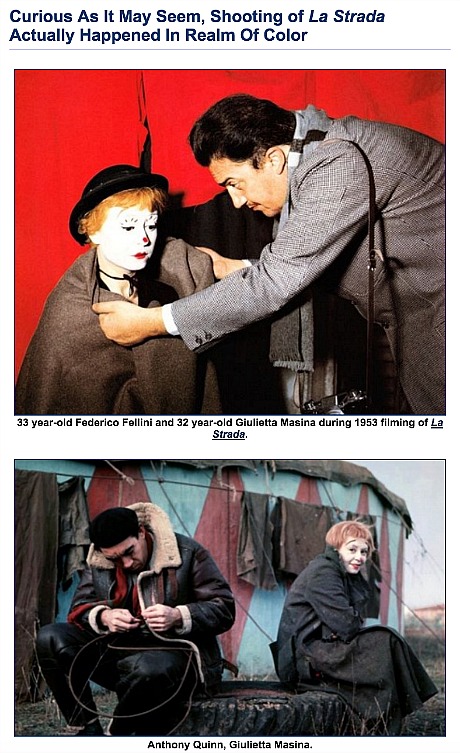 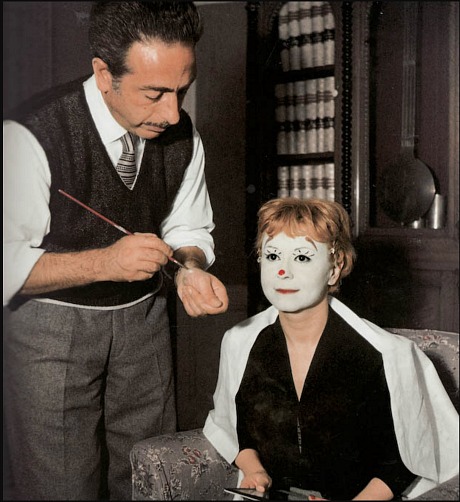 “Zampano vs. Il Matto,” filed on 8.5.07: “As I was re-watching that beautiful Criterion DVD of Federico Fellini‘s La Strada a couple of weeks ago (for Jett’s benefit, as I felt he was now, at age 19, old enough to get it), I suddenly detected a striking parallel between my soured relationship with MCN’s David Poland and the one between the irreverent, philosophical-minded tightrope walker who is inaccurately called “Il Matto” (Richard Basehart) and the humorless and brutish Zampano (Anthony Quinn). Basehart confesses to Guilietta Massina at one point that he can’t help provoking or making fun of Zampano, even though he knows he may be putting himself in harm’s way by doing so. This exact same observation is made by Martin Scorsese in the video doc that accompanies the film. It’s odd how films, even ones you think you know backwards and forwards, sometimes pass along these little moments of clarity.”