In a recent interview with NPR’s Terry Gross, In A World‘s Lake Bell (star, director, screenwriter) lamented what she called the “sexy baby voice virus”, which she says has been adopted by young women everywhere. Okay, right. Except I bitched about the same thing three years ago in a piece called “Chirpy Minnie Mouse,” and again on 7.31.11 in a piece called “They Had Voices Then.” 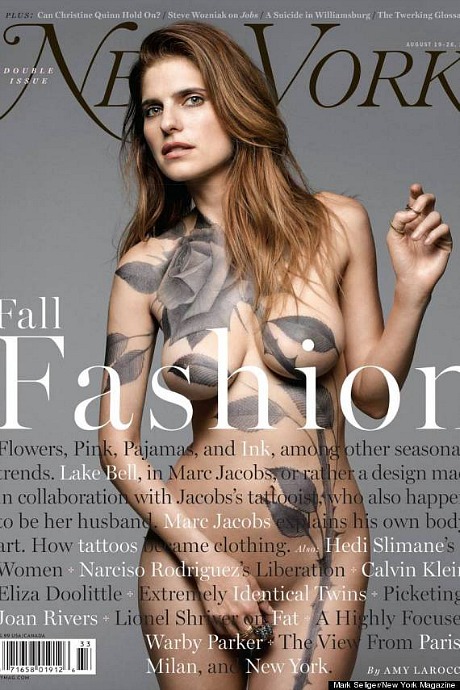 “The vocal trend that is infecting the female youth in this fine nation is the sexy baby vocal virus,” Bell said to Gross. “[It’s] a huge problem for a myriad of reasons, one being…is that sexy? Because …I think [what’s] intended is this submissive ‘I’m a 12-year-old and you can tell me what to do’ [thing], which I think is pretty weird, for that to be considered sexually enticing. [The sexy baby vocal virus] originated and then festered from reality television, in some respects. I would love to talk to some of the ladies who are on reality-television shows. I have a fantasy of helping them find their true voice.”

I wrote this on 6.3.10: “It hit me a day or two ago that an awful lot of women these days — actresses and broadcasters to some extent, but mainly average, non-famous women in the under-30 range (including movie publicists) — speak with thin little pipsqueak voices. Couple this with a general tendency to use mallspeak accents and phrasings (which 85% to 90% of under-30 women have done in order to sound like everyone else) and it almost seems as if inane peep-peep voices have become a kind of generational signature.

“Go to any bar and restaurant and walk around and listen to women’s voices…’peepity-peep-peep‘ and ‘squeakity-squeak-squeak,’ over and over and over.

“I’m obviously not reporting scientific data, but it does seem as if an awful lot of Minnie Mouse voices are being feigned or emphasized these days, and that the rich, intriguing tonalities found in the wonderfully adult voices of Meryl Streep or Ann Sheridan in the 1940s, or Jessica Lange or Katherine Hepburn or Greer Garson or Faye Dunaway or Jodie Foster aren’t heard as much.

“For whatever reason [today’s young] women have decided that sultry, smoky, husky voices — the kind that Lauren Bacall and Glenda Jackson and Anne Bancroft and Patricia Neal used to play like soulful wind instruments — aren’t as appealing or have perhaps been categorized as unattractive, and that they need to project more of an amiable ‘ooh-ooh’ Betty Boop thing.

I wrote this 13 months later: “Olivia Wilde is supposed to be a star in the making but she sounds like a checkout girl. Her voice is almost stunning in its flatness, and it makes her sound glib and unexceptional. She opens her mouth and…that’s it? A woman with a face as exquisite as Wilde’s ought to have some kind of soulful, cultured, knowing, inner-oomph voice to go with it…but no.

“I had the same reaction to Blake Lively‘s voice when she visited Late Night with David Letterman to plug The Town. This? She sounds like a sixteen year-old from a suburb of Akron or Denver or Orlando, or…I don’t know, somebody who works for a downtown Manhattan accounting firm. She doesn’t sound like a tenacious lady who’s been around and taken legendary iPhone pics of herself in the bathroom and portrayed a frayed floozy in The Town and who will soon be swirling around Europe with Leonardo DiCaprio.”

August 10, 2013by Jeffrey Wells31 Comments
« Previous post
Any Way You Want Me…Not
Next post »
Took A While To Get It