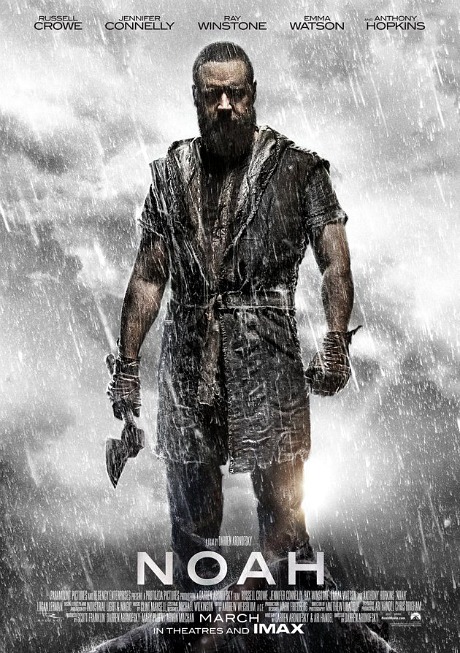 Would I be happy with a movie about the fabled Roman practice of feeding Christians to the lions? Some kind of remake of Cecil B. DeMille‘s The Sign of The Cross, perhaps? Yes, I would. Make no mistake — it’s a terrible thing that anicent Romans did this back in the day. Human beings should never, ever be slaughtered by wild beasts for the sake of entertainment. But I’d be lying if I didn’t admit to a certain understanding as to why Romans might have harbored resentful or disdainful feeling toward Christians.

The only problem I’m likely to have with Noah is Russell Crowe‘s titular character having a perfectly shaved head, which of course was highly unlikely if not impossible during Noah’s era, many centuries before the advent of sharp shaving razors.

Incidentally: I don’t see how or why Variety did wrong by reporting about an online survey from Faith Driven Consumer that sought to poll religious righties about Noah‘s commercial prospects.

Yesterday Paramount slammed Variety‘s original story about this poll as misleading, claiming that the survey didn’t specifically cite Noah blah blah. But the Faith Driven Consumer website where the survey was conducted is headlined “Survey: Noah Movie Controversy.” “According to the survey, 98% percent of respondents said they would not be satisfied with such a movie,” Variety reported in a follow-up.