The most important thing in Dennis Lim‘s 10.7 N.Y. Times article about two Joy Division movies that the Weinstein Co. is distributing — Anton Corbijn‘s Control, a feature film, and Grant Gee‘s Joy Division, a documentary — is a line that sums up Corbijn’s film very neatly. It says that Control “largely resists the temptation to assign blame or explanations.” 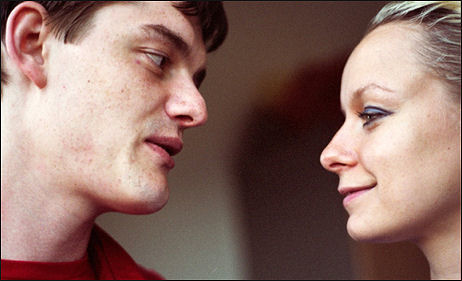 To me, that’s the all of it. In a very stark and disciplined way, Control is a “this happens, and then this happens” telling of a true-life story that does more than just relate events. Corbijn’s stripped-down, no-dramatic-emphasis approach (along with the film’s exquisite widescreen black-and-white photography) lends a certain bleak distinction, and this is what stays with you days and weeks after.