I took some time earlier today to think about my contribution to Peter Howell‘s annual Toronto Star “Chasing the Buzz” feature, in which a selection of hardcore know-it-alls get to pick three Toronto Film Festival films they’re most looking forward to. That’s pretty limiting in itself but you also have explain why in one sentence…Jesus. I might change my mind but right now my faves are Jason Reitman‘s Up in the Air, Joel and Ethan Coen‘s A Serious Man and Rodrigo Garcia‘s Mother and Child. I’ll figure out the copy later on. 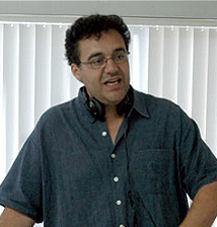 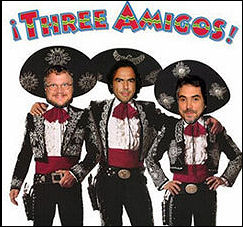 Howell won’t let me adequately explain the Mother and Child thing so I’ll do so here and now. All I’ve read is that it’s about an older woman (Annette Bening), the daughter she gave up for adoption 35 years ago (Naomi Watts), and an African American woman (Kerry Washington) looking to adopt a child of her own. I also know that Garcia, based on the evidence of his earlier Nine Lives, is excellent at getting into the souls of women and divining their relationships and so on.

But it’s mainly because one of the shorts in Nine Lives — a piece called “Diana” with Robin Wright Penn and Jason Isaccs — is one of the most intensely emotional portrayals of an unresolved relationship that I’ve ever seen. Here‘s what I wrote about it four years ago.

On top of which Mother and Child has been produced by the Cha Cha Cha guys — Guillermo del Toro, Alfonso Cuaron and Alejandro Gonzalez Inarritu.

And here, by the way, is an excellent all-in-one, wheat-separated-from-the-chaff lineup of all the best-looking films showing during the festival. It’s been painstakingly assembled by Greg Cruse, described by Howell as “a blogger, film buff and fellow buzz chaser.”

The story and results from Howell’spoll will be published in the Saturday, Sept. 5 edition of The Toronto Star, and also appear online at TheStar.com the same day.