“Every movie probably suffers from logic flaws,” notes Artful Writer Craig Maizin in a piece he posted on 6.8. “The goal, of course, is to avoid crossing the threshold of tolerance. There are some flaws in The Godfather, for instance. If Tessio can figure out where Michael is meeting The Turk and have enough time to plant a gun, why can’t he plant a few guys in the back kitchen? Or in a back alley? Have them do the murders, and not put Al Pacino‘s Michael on the hook? 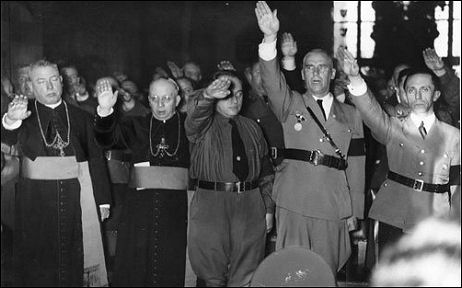 “But the logic flaws in The Godfather simply don’t cross the threshold of tolerance. Because they don’t, no one really gives a damn. In fact, many people will instinctively argue that the logic flaws aren’t flaws at all. So we gloss by logic errors in films that don’t cross the threshold of tolerance, because they haven’t done enough damage to shake the illusion of intention.
“But you can only suffer so many shots below the waterline before the ship starts to sink. If the audience’s illusion of intention is repeatedly or grossly challenged by logic problems, they will revolt.
“Make up any rules you’d like for your fictional system, but adhere to them. For instance, in the latest Indiana Jones film, the crystal skull is presented as an object so magnetic, it can literally attract metal shavings out of the air from hundreds of feet away. But sometimes, it doesn’t seem to be magnetic at all. Like when it’s in a jeep. Or near guns. Or bullets.

“That was a glaring logic flaw that pulled a lot of people out of the moment, including myself. On the other hand, the filmmakers were smart to include a fast shot of the words ‘lead-lined’ on the refrigerator that Indy climbs into just before the nuclear blast goes off. That’s enough to satisfy the Logic Nazi.”
But not me. Indy locking himself inside that lead-lined refrigerator was my first big logical break with Indiana Jones and the Kingdom of the Crystal Skull. The reason — very simple — is a universally recognized law that says anyone who crawls into a refrigerator and closes the door shut is locking him or herself into a tomb and will soon suffocate to death. I’ve been taught that since I was five friggin’ years old. I don’t care if the refrigerator is blown a mile or so into the desert by an exploding atom bomb, banging and rolling around like a ball bearing. The door will never open unless you pull the latch handle. Once you’re inside, you can’t get out.
A big logic problem for some in M. Night Shyamnalan‘s The Happening is that everyone responds to the plant toxin effect, which has destroyed the natural human instinct to self-preserve, by deliberately killing themselves in all sorts of different ways. It’s been argued that a loss of the self-preservation instinct would more likely result in people offing themselves in much more casual (i.e., not immediately homicidal) ways — absurd binge-drinking, family arguments escalating in to homicides at the drop of a hat, Mad Max-style speeding on the freeway resulting in all kinds of fatal pile-ups, a resurgence of unprotected ’70s and early ’80s-style gay bathhouse sex, people binging on Ben and Jerry’s, etc. 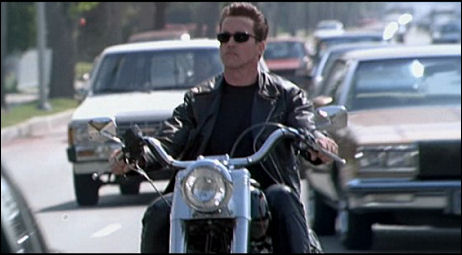 This didn’t bother me as much as it did others because I (like Shyamalan himself) was so taken with all those chilling images of bodies falling from buildings and hanging from trees.
I’ve always said that James Cameron‘s T2: Judgment Day should have ended with a completely illogical occurence that nonetheless would’ve worked emotionally. As Arnold Schwarzenegger’s cyborg is saying goodbye to Eddie Furlong as he deliberately lowers himself into that steel-mill inferno, a single tear should have leaked out from the corner of one of his lifeless eyes.
The movie clearly has established in an earlier scene that Arnie’s cyborg can’t cry and in fact has no idea what crying is. (Schwarzenegger asks Furlong at one point to explain it.) But Schwarzenegger has also been learning certain phrases and social habits from Furlong (hand slaps, “eat me,” “hasta la vista, baby”) so it’s conceivable that a resourceful super-robot might have somehow generated the ability to weep by the end of the film. Illogical, yes, but it would have worked.