“Set in some kind of verdant, overgrown, foreclosed-upon urban shithole pockmarked with abandoned homes and rundown buildings (and shot near Detroit), Lost is really out there and a lot of it (okay, most of it) is driven by what could politely be called dream logic. That’s a nice way of saying some of it doesn’t make a lot of basic sense. There are mentions of a collapsed economy and a woman having taken out a home loan that she shouldn’t have so it’s obviously a post-2008 realm. There are predatory creeps roaming around like the feral bad guys in Robocop, and there are little pockets of normality and decency and respect for life and property. There are things that happen every so often without apparent motivation but with films like this you have to roll with the imaginative flow.

“There’s definitely a good-vs.-evil thing going on, and it does seem to end on a note of relief and restoration and at least a temporary end to the uglies and their vile torturings and destructions. (I never thought I’d feel badly about a rat buying the farm, but there’s a first time for everything.) Definitely not a downer ending — I can say that much.

I kept saying “Behn Zeitlin, Behn Zeitlin, Behn Zeitlin” during the post-screening discussion among five or six journo-critics in the lobby of the Salle Debussy. If you have a place in your hearts or heads for Beasts of the Southern Wild, I said, you have to find a place for Gosling’s film. Bullshit, said one guy — it’s a pretentious, look-at-me-and-what-a-crazy-imagination-I-have showoff movie. Another journalist I’ve known for many years called it horrible. When I argued that at least the compositions are consistently novel and interesting and it was trying like hell to create an unusual world-unto-itself, he shrugged and said, ‘Whatever floats your boat.'” 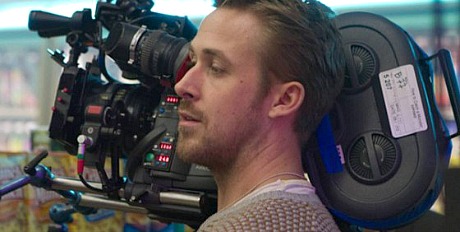 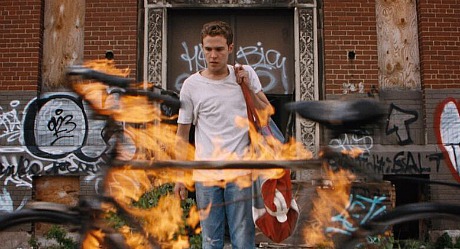