So in order to enjoy some sumptuous Egyptian scenery while taking a trip down the Nile on a great-looking, first-class steamer, we’ll need to endure sit through another Kenneth Branagh-slash-Hercule Poirot murder-mystery. Starring, directed and produced by Branagh — a truly bountiful paycheck. The script is by Michael Green.

Initially adapted by director John Guillermin and screenwriter Anthony Shaffer in 1978 with Peter Ustinov as Poirot, the new Nile is about…no spoilers.

Like Branagh’s Murder on the Orient Express (’17), Death on the Nile is a wokester re-imagining of 1930s upper-crust travel culture with elegant ladies of leisure like Sophie Okonedo and Letitia Wright occupying first-class salons. 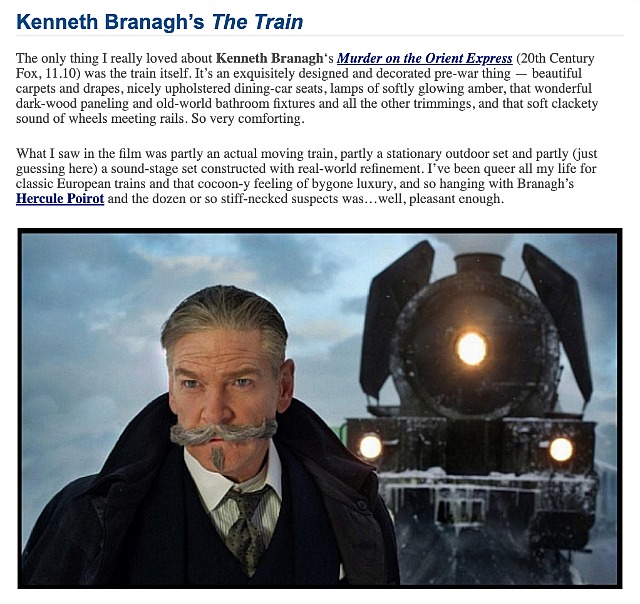