Make Your Own Bed

My younger brother is a bit of a reckless asshole, which may be due to his having a screw loose. I can’t change or save him. He is who he is and has to deal with his issues…or not. He went to Iraq on his own steam. Did he come back a little fucked up? Yeah, and I’m sorry. My father was a little fucked up also after Vietnam. Life is hard, man, but you have to sink or swim. But now that my no-account brother is missing, probably taken out by his bad-guy colleagues, I have to do the old “avenge the death (or the harming) of my brother” routine. Jesus. 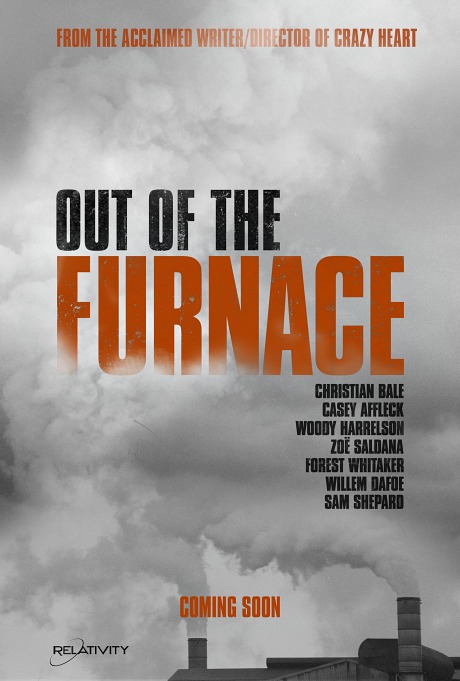 This sounds to me like something Christian Bale‘s character in Scott Cooper‘s Out of The Furnace (Relativity, 11.27) might be saying to himself somewhere during the middle of Act Two.

Bale-to-Wells reality shift: I never felt this way myself. I was never my late brother’s keeper. The fact that his life was not glorious was 65% his fault, 20% the fault of his genetic inheritance, and 15% the fault of our parents for screwing him up in this or that way. (And they tried hard to make up for this, offering him help, urging him to go to chef school, etc.) The bottom line is that he could have pulled himself out of the pit that he was living in, but he didn’t have the strength. I know there was no talking to him, although I tried. There was no saving him — only small talk and chit-chat about music and movies during Thanksgiving or Xmas dinners.

Am I sorry he led a difficult, frustrating life — that he never had a long-term girlfriend or kids or even a dog? Yes, I am. But he never even tried to get to know my kids when they were young. He kept his distance and the distance eventually got him.

If my brother had gotten himself into trouble with criminals would I have tried to save his life or make the problem go away? Yes, of course. Instinct kicks in. Blood ties. But at the end of the day you can only do so much for people who are on a downswirl that’s not due to drug or alcohol abuse. I loved my brother in a way, but I didn’t like him that much. He was a nice guy. He had good friends. He loved healthy foods and food preparation. And he was smart. But he wasn’t very hungry or curious. Challenges and changes intimidated him. He would sometimes stay indoors for days on end. I’m sorry but that was how it was.