Anton Yelchin as Chekhov in JJ Abrams‘ Star Trek flick (which comes out next May)? Okay, I guess so, whatever, but I’ve never gotten a vibe from Yelchin that was about anything except light-hearted whimsy or puppy-dog sadness. He’s like a little kitten with a bowl of skim milk. The other Star Trek character posters, first revealed at ComicCon, feature the vaguely pudgy-faced Simon Pegg as Scotty, John Cho as Sulu and Karl Urban as McCoy. 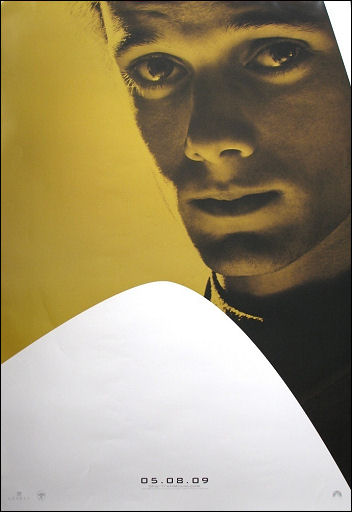