A 67 or 68-year-old woman, identified in court papers as “J.C.”, has filed a sexual abuse lawsuit against Bob Dylan, alleging that the singer-songwriter sexually abused her in 1965, when she was 12 years old and Dylan was 24.

The suit alleges that Dylan gave her drugs and alcohol 56 years ago, and established an emotional connection that allowed him to sexually abuse her for a six-week period between April and May 1965. It alleges that Dylan used threats of physical violence, “leaving her emotionally scarred and psychologically damaged to this day.” Some of the abuse is alleged to have occurred at the Hotel Chelsea in New York.

A schedule of Dylan’s professional engagements posted earlier today by Showbiz 411‘s Roger Friedman indicates Dylan was touring in England between 4.26.65 and 6.2.65. If verified, the claim about sexual abuse of “J.C.” in May ’65 in New York City seems questionable.

Variety‘s Gene Maddaus: “The woman filed suit under New York’s Child Victims Act, the 2019 law that opened a two-year period during which the ordinary statute of limitations was suspended for claims of child sexual abuse.

“The deadline to file such suit fell on Saturday, 8.14, and the suit against Dylan was filed on the evening of Friday, 8.13.

“The suit alleges claims of assault, battery, false imprisonment and intentional infliction of emotional distress. The claim was filed by attorneys Daniel Isaacs and Peter Gleason.” 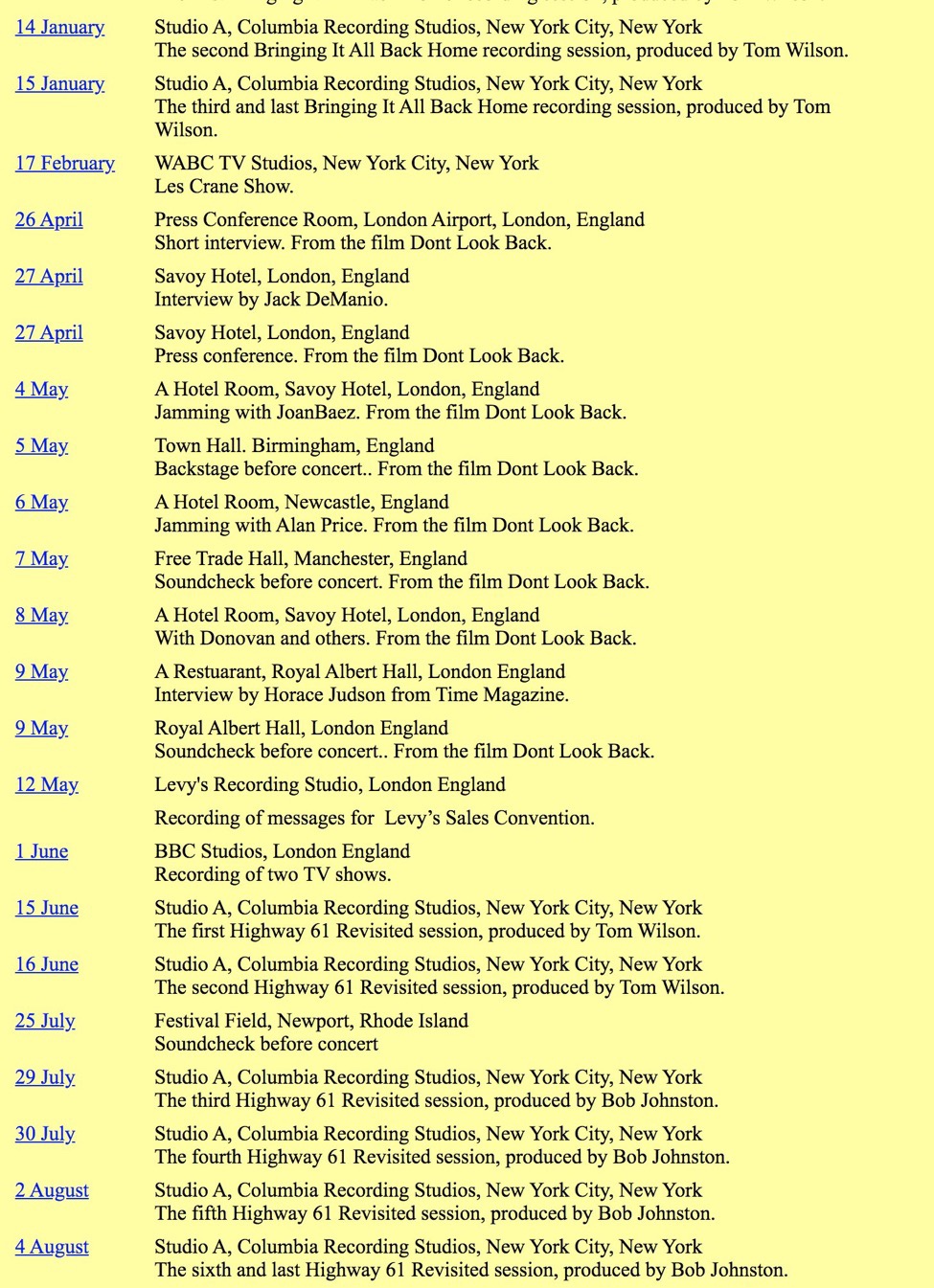 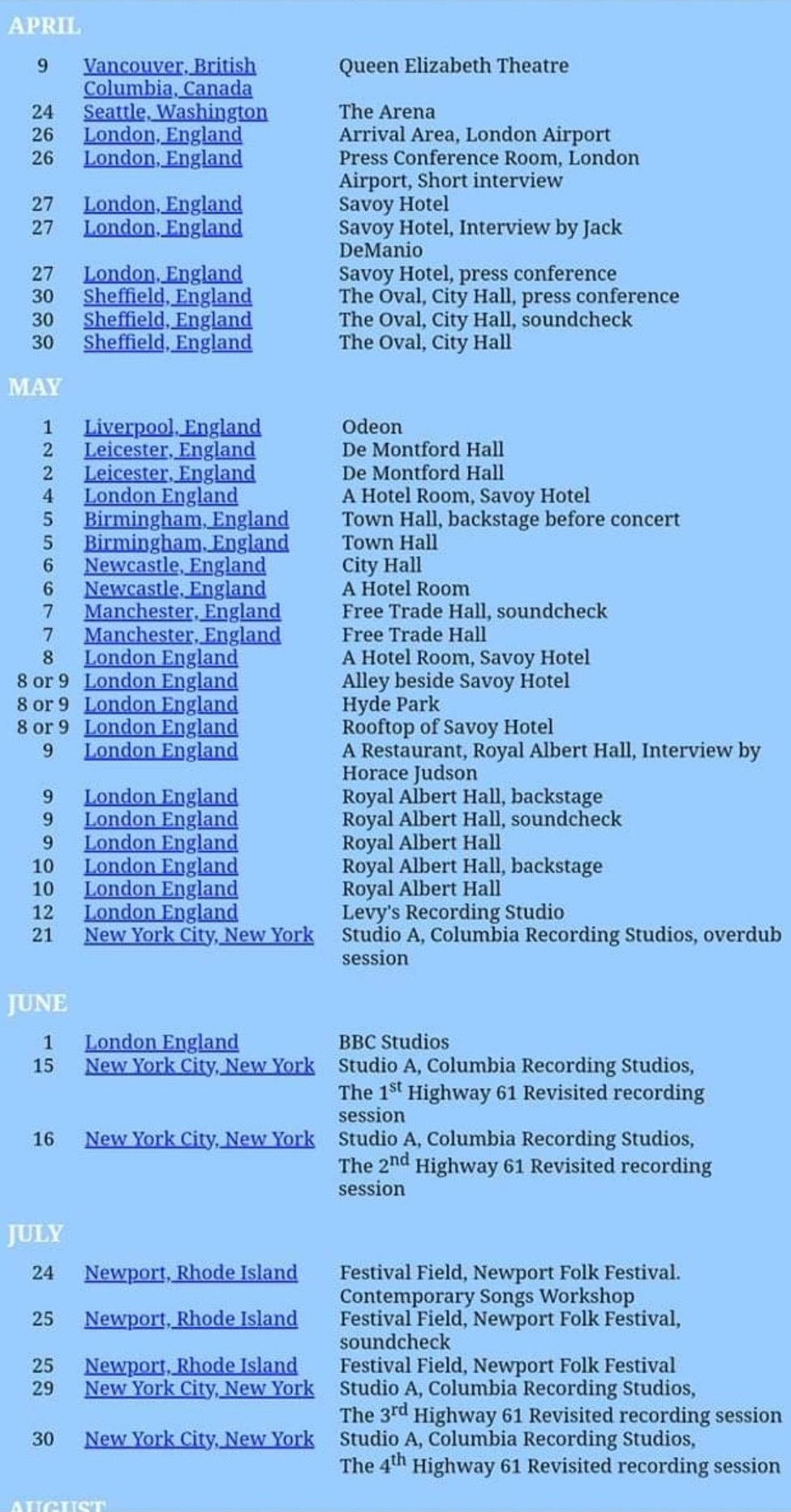