Marty Is Boxy After All…Glorious! 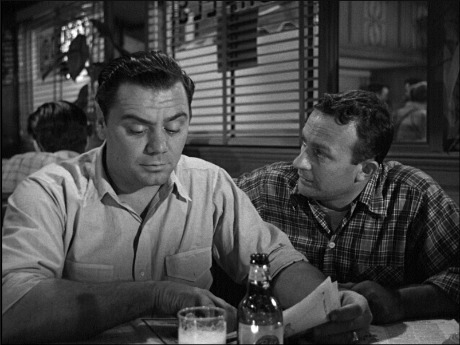 I found this news disheartening, to say the least (“Another triumph for 1.85 fascism”). But ten days later Tarzi announced a different plan on KL’s Facebook page:

“After examining the film elements and consulting with the studio and outside experts, we’ve decided to release our DVD and Blu-ray of Marty in anamorphic 1.33:1. There is not a lot of head room in the [1.33] print, and at 1.85:1 too much of the image was being cropped. So we are releasing it in 1.33:1, the preferred aspect ratio of the studio, and the ratio at which The Academy of Motion Picture Arts and Sciences screens their prints of Marty. The original negative of this film is 1.33:1, as the title was shot open aperture. Some say the bottom and top parts of the original image should be cropped off to create the intended 1.85:1, and others disagree.”

In short, Tarzi manned up and made his own decision based on various considerations rather than just blindly follow Furmanek’s advice, as other Bluray distribution chiefs have done. One of those considerations, to Tarzi’s credit, was his own aesthetic gut feeling that Marty seemed overly compromised at 1.85. 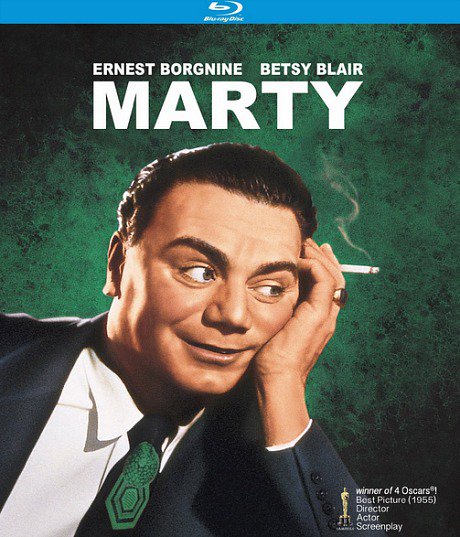 “We looked at [Furmanek]’s research and then screened Marty at 1.85, and didn’t like what we saw,” Tarzi told me this afternoon. “If I cropped some of the close-up scenes down to 1.85 I would be cropping half of their face off. I could see [going with] 1.66 but I still think 1.33 is better.” The online reaction from the forces of 1.85 fascism was predictable. “We got attacked on Home Theatre Forum and Facebook,” Tarzi says. “I couldn’t believe the tone of [some of the posts]. For a two-week period we were being crucified.”

KL posted my June 7th Marty piece as an explanation of the 1.33 or 1.37 aesthetic. I was trashed, of course. Last month a Facebook poster named Paula Vitaris wrote that “using Jeffrey Wells as an expert on aspect ratios is like using Ken Ham, the Creation Museum guy, as an expert on evolution.”

Tarzi says he’s “very happy” with the way KL’s Marty Bluray looks. “1.85 just would have been too severe, he believes. “We did several tests. There’s one closeup scene in which Marty’s is on the phone, asking the girl for a date…by the time the camera stops getting in tight, the face covers the whole frame. Cutting that down to 1.85 would have been incorrect.”

The reason Criterion issued its groundbreaking triple-aspect-ratio Bluray (1.37, 1.66 and 1.85) of On The Waterfront, which undercut the validity of the 1.85 fascist argument for all eternity, “was because they were worried about the crazies,” Tarzi says. “I don’t think we should be told by 50 or 100 people on blogs how we should master our [classic Blurays].”