Like many others I’ve spoken to, Variety‘s Todd McCarthy is impressed with Jon Favreau‘s Iron Man, which he saw at Paramount studios on 4.18. Here are two choice graphs from his 4.25 review, which went up 25 minutes ago: 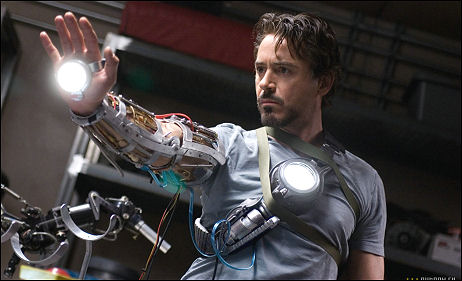 “It’s refreshing, for a start, that the character suddenly endowed with superpowers isn’t a dweeby teen, but rather a pushing-middle-age genius who is himself entirely responsible for the advanced means he acquires to combat his adversaries; even more than the latest incarnation of Batman, he’s a self-made superman. And while we’ve seen plenty of masks and gravity-resistant heroes before, the outfit sported by the main man here, which looks as though it was made by a top ski-boot manufacturer, is striking and capable of great things.
“Snapping off lines as crisply as Bugs Bunny might bite into a carrot, the sculpture-bearded Downey invigorates the entire proceedings in a way no other actor ever has in this field. Initially conveying Tony’s Matt Helm lifestyle as if it’s second nature, Downey possesses a one-of-a-kind intensity that perfectly serves the character’s second-act drive and obstinacy. His Achilles’ heel is his heart, at first threatened by shrapnel and later central to his superpower and his submerged romantic relationship with ever-loyal assistant Pepper Potts, who Gwyneth Paltrow, in an unexpected casting move, endows with smarts and appeal.” 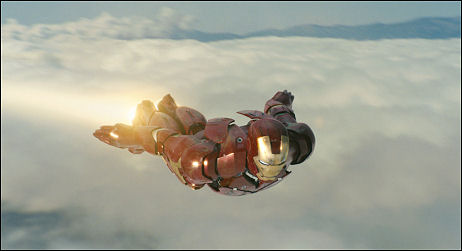