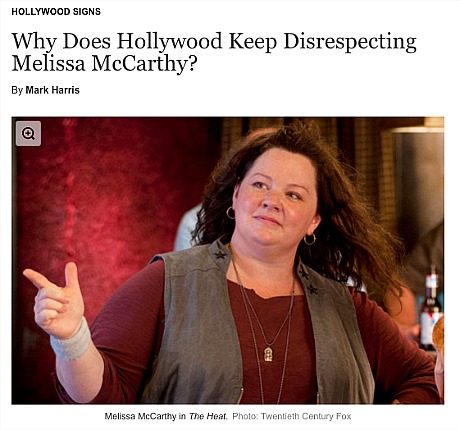 McCarthy’s career is all about the comic basement (formulaic reliance, broad strokes, making fun of her pre-Boss girth, crude physical schtick). I’ve sat next to McCarthy fans during all-media screenings and ticket-buyer showings and I know who and what they are. They’re not very worldly or sophisticated, trust me. If McCarthy-Falcone were to make a modest, character-driven film about her St. Vincent single mom looking for love — i.e., struggling to pay the bills, meeting some kindred-spirit guy who gets her, loves her for a few weeks or months and then dumps her or something along those lines — her fans would probably stay away in droves.

McCarthy fans don’t want grilled salmon with parsley and lemon juice and a modest serving of steamed potatoes on the side. They want hot fast food in tin-foil wrappers and an order of fries. She and Falcone know that, of course, and that’s why they’re doing what they’re doing. 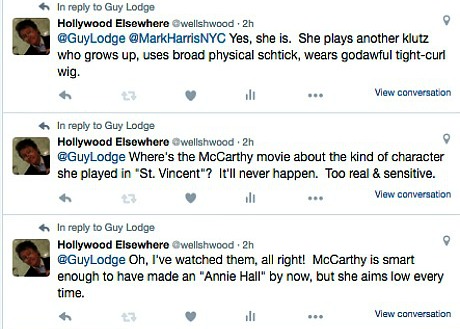 April 16, 2016by Jeffrey Wells15 Comments
« Previous post
What Does This One-Sheet Tell You?
Next post »
Clean, Concise, Not A Shot Fired