Live-wire concert footage from Bryan Singer and Dexter Fletcher‘s Bohemian Rhapsody (20th Century Fox, 11.2) was screened a while ago at Cinemacon. Rami Malek (who really doesn’t look much like the Parsi-descended, Zanzibar-born Freddie Mercury) was shown performing the title tune plus “We Are The Champions,” etc. 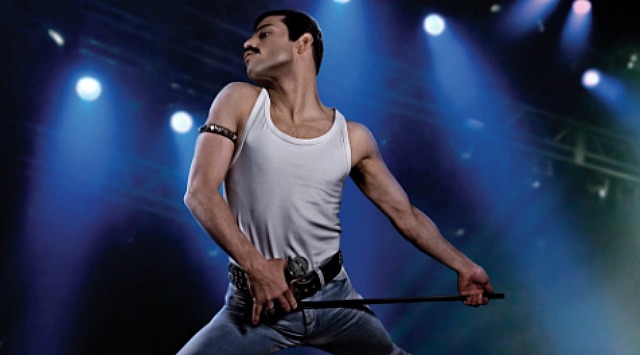 Neither Singer nor Fletcher made an appearance, which is weird. Tell me how Singer doesn’t end up with the lion’s share of credit. He directed…what, 85% if not 90% of the film before Fletcher took over?

No one’s ever doubted that Malek wouldn’t channel Mercury to everyone’s delight, particularly Queen fans. A Best Actor Oscar nomination seems achievable if not likely. The question, as I mentioned in a 4.17 thumbnail appraisal of an early draft of the Bohemian Rhapsody script, is whether or not the finished film will seem a little too “family friendly” and/or lacking a certain adult edge.