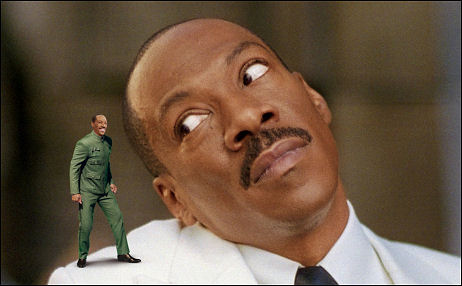 The audience was packed with Murphy fans (descriptions shouldn’t be necessary) and included very few journalists. I went expecting something dreadful and came away…how to best put this? I was glad when it ended but I wasn’t angry. It made me laugh a few times. It’s a second-rate kids movie but at least it’s not offensively “off.” Well, it is that here and there. But the people around me seemed okay with it. They knew it was crap but they were grateful (or at least content) that it had some funny stuff popping through from time to time.
Murphy plays an alien robot who slams into earth — New York’s Liberty Island, right next to the statue — in order to retrieve a baseball-sized space meteor that has crashed into the Manhattan area a few hours earlier. (Or was it a few days earlier?) I never understood or gave a shit why the mini-meteor was important to retrieve. No one in the theatre did either, trust me. They were just vegging out, munching away, sitting there like zombies…whatever.
Murphy’s robot is controlled by a crew of tiny Star Trek-styled leprechauns living inside his head and body cavity. Yeah, that’s right — in the same way the fellow trying to seduce Erin Fleming in Woody Allen‘s Everything You Wanted to Know About Sex was run by a team of tiny guys controlling various parts of his body and brain (Tony Randall and Burt Reynolds among them). 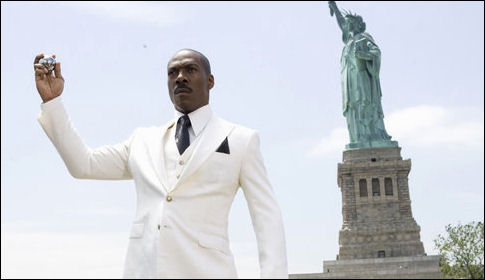 Meet Dave tries to tell two stories at once — the first about the Murphy robot’s interactions with a young widow (Elizabeth Banks) and her son (Austyn Myers) and a pair of Manhattan cops (one played by Scott Caan), and the second about a kind of emotional revolution among the leprechaun crew. In this realm Murphy plays a second role as a one-inch-tall Captain Kirk figure, with Ed Helms playing his second-in-command who’s basically feels that love and dancing and kicking back are bad for the mission.
The leprechauns’ command center has been deliberately designed to look like the set of a ’60s-era space-travel TV series, which, I guess, is director Brian Robbins‘ way of saying to the audience, “You can relax… we’re just goofing off here.”
My point is that some of the full-sized-Murphy-robot sequences aren’t half bad and are even genuinely funny here and there, but the leprechaun stuff mainly gets in the way. It was a bad idea to try and make the stories interweave and feed off each other in a way that mutually benefits. Because they mainly fight with each other.
The only sequence in which the leprechaun story works nicely with the robot tale is when a gay crew member teaches the Murphy robot to dance like John Travolta while he and Banks are on a dance floor in a Manhattan club.
If I had a couple of kids under 12, I would take them this weekend to Meet Dave and nobody would be the worse for it. I might even take a 13 or 14 year-old. But it’s a throwaway movie that doesn’t work, and Murphy, as everyone seems to agree, is in serious career trouble. He needs to do stand-up again, hit the clubs, get his groove back. He didn’t even show up for the Meet Dave premiere last Tuesday night. What kind of asshole move was that? 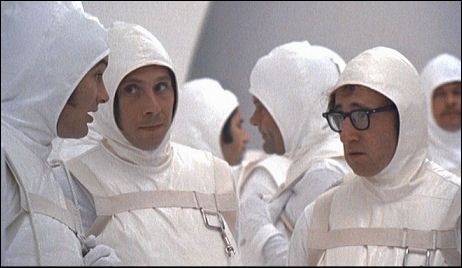