Memory Is Unreliable, But It Haunts All The Same

The legendary French director Alain Resnais (Hiroshima Mon Amour, Last Year At Marienbad, Stavisky, Providence) has passed at age 91. We should all live so long and acquire the admiration and respect that Resnais had long been accustomed to. I couldn’t be bothered see his final film, Life of Riley (Aimer, boire et chanter), at the Berlin Film Festival, and now I kind of regret that. I’m sorry, also, that I never saw Wild Grass, which screened at the 2009 Cannes Film festival. 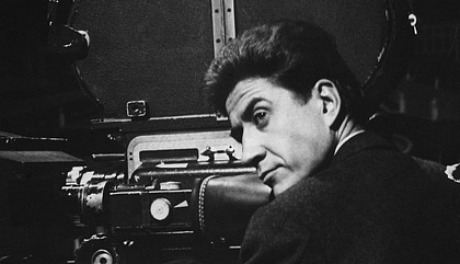 Like Michelangelo Antonioni, Resnais began making films in the ’40s but didn’t achieve significant recognition until his short about Nazi death camps, Night and Fog, appeared in 1955, and he didn’t hit it big until Hiroshima mon Amour (the first adult film with sexually arousing passages I’d ever seen) and Marienbad, which excited and perplexed Cannes audiences when it played there in 1961. The last Resnais film that I was truly excited about was Mon Oncle d’Amerique. Marienbad in particular had a huge influence upon many filmmakers for its suggestion that memory is often if not entirely unreliable and that lives come into focus and then lose it in an instant. David Lynch and Quentin Tarantino, among many others, drank the water from his trough.

Questions: Any chance the Academy will tell staff editors to insert Resnais into tonight’s “death reel”? Shouldn’t be difficult.

March 2, 2014by Jeffrey Wells12 Comments
« Previous post
Ugly Bear About To Pounce?
Next post »
Will Oscars Mirror The Spirits? I Fear Not