In my book the best film critics aren’t just about smarts or perception or passion — they’re about gourmet personalities. Like any good friend or acquaintance or FM talk-show host, they’re people you enjoy for their attitudinal “brand” as well as their thinking-cap riffs, for their persistent attitudes and moody asides and occasional derisions. A particular flavor, a burn-through quality. As James Wolcott wrote in 2006 about legendary critic Dwight McDonald, “His verdicts would mean nothing to us now if he hadn’t invested them with a humming force of personality and humor that opened up daylight wherever his mind gusted.” 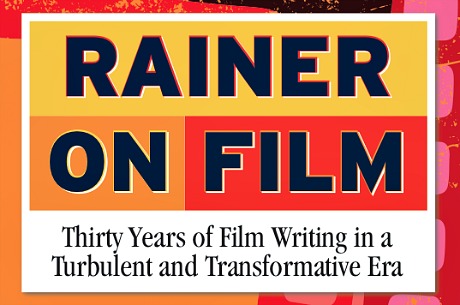 Peter Rainer has earned his stripes in this regard. A pantheon critic who’s been around since the ’70s and understands The Whole Equation and Knows Whereof He Speaks, Rainer is an erudite, smart-assy guy whose succinct and creamy prose has, over the last thirty-odd years of filings for the L.A. Herald Examiner, the L.A. Times, New York magazine and the Christian Science Monitor, conveyed a personality as distinct and recognizable as Jerry Lewis or Zach Galifianakis or Leo Durocher‘s.

Distilled to essence, Rainer is, in my mind at least, Mr. Cranky with smarts and class and cultivation. I don’t read Rainer for any F.X. Feeney-like exuberance and generosity of spirit — I read him for the ascerbic wit and the snoot.

Early this morning, being unable to sleep, I began reading Rainer’s new review and essay compilation book, “Rainer on Film: Thirty Years of Film Writing in a Turbulent and Transformative Era” (Santa Monica Press, 5.15). It’s a good, rich, reflective read — a tangy if judiciously spotty journey through the last three-plus decades of film-savoring. Each essay took me back to this or that distinctive film as it seemed at first blush. I nodded, remembered, laughed, chuckled, smirked, pondered, time-tripped…all that stuff.

In Rainer’s words: “This book should not be mistaken for a comprehensive survey. The vagaries of the profession do not allow for that. It covers three decades of reviews and essays written during an especially turbulent and transformative film era, drawn from my years at big-city papers, city magazines and monthlies, alternative weeklies, and national newspapers.

“With the exception of a few trims and minor restorations, the reviews remain the same as when they were written. In a number of instances, especially in my writings over the years on Richard Pryor, Stanley Kubrick, Sylvester Stallone, Eddie Murphy and film noir, I have retained a few repetitions, which seemed preferable to messing with the original constructs. Here and there I have added postscripts, but I have resisted the fetish, not to mention the impossibility, of bringing things ‘up to date.’ These pieces are best approached as snapshots in time, captured in the heat of the moment.” 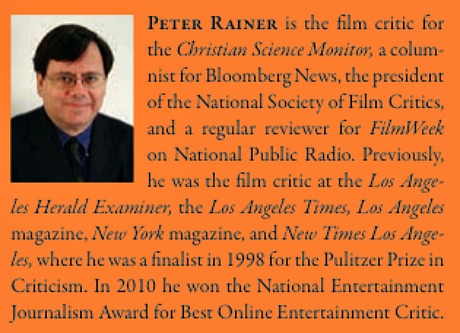 Rainer’s book is good Hollywood Elsewhere food. I plan on dining out on the various chapters over the next week and a half or so. I’m especially planning on running a counter-punch piece on Rainer’s dismissive review of Alan Parker‘s Evita.

A former chairman of the National Society of Film Critics and a finalist for the Pulitzer Prize in Criticism in 1998, Rainer arguably deserves to be ranked alongside Pauline Kael, Andrew Sarris, Andre Bazin, David Denby, Otis Ferguson, Manny Farber, David Thomson, Anthony Lane, A.O. Scott and the afore-mentioned McDonald. I’ve only read about 25% of it, but “Rainer on Film” is worth the price and then some.