Before Muschietti Became A Hack

From my 9.6.17 II review (“Muschietti Kicked Out Of Val Lewton Club”): “Muschietti’s thinking seems to have been ‘if I play it too adult and classy, the fans of Walmart-level horror films will tune out. I have to keep goosing them, over and over…one shock moment every few minutes. If the dumbshits don’t tell their friends that it’s their kind of horror film, IT will go belly-up and I may have a bit of difficulty scoring my next highly-paid gig.” 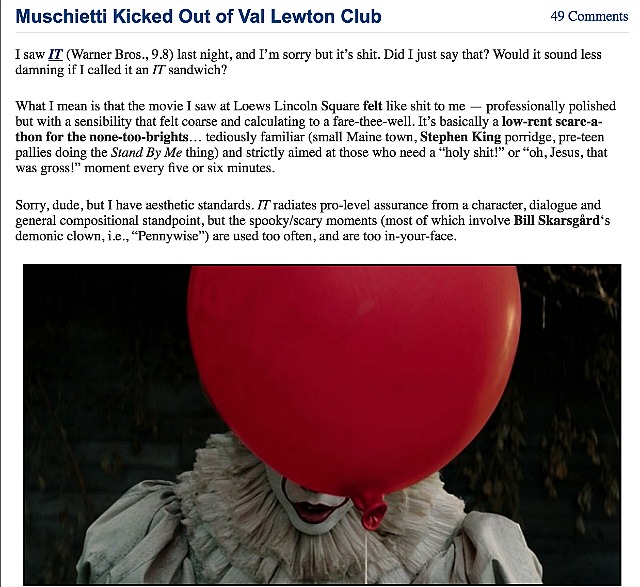