Nine On The Way

The idea is lure the viewer into a moody adult fantasia trip about Italian film director Guido Contini (Daniel Day Lewis) who’s in creative trouble as he prepares a film called Italia. Blocked, midlife crisis, who am I?, great to be rich, love my car, cruising the Italian coast, sensual delights at every turn, I’ll find my way, etc.

The other idea, of course, is to make Nine into an Oscar-competing superhit which will make enough dough to restore the Weinstein Co. to firmer financial footing than it has known over the last three or four years. It’s Harvey Weinstein’s ticket back to the bigtime. By all appearances and indications it looks like a hummer.

Obviously shot with the required sultry attractiveness by Dion Beebe and based, of course, on Arthur Kopit and Maury Yeston’s 1982 Broadway musical, Nine is essentially based (as the play was) on Federico Fellini‘s 8 1/2 (’63).

I loved that the rehearsal reel contains some black-and-white footage, which of course harkens back to the Fellini film. The film was shot in London and various Italian locales, including Rome. 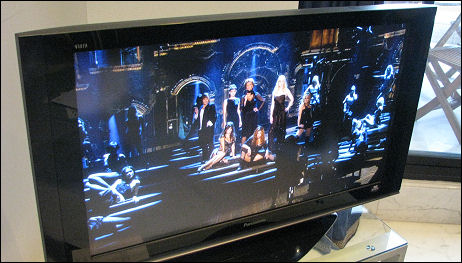