No Way, No Sale

No way can I accept Jennifer Lopez, regarded as one of the most flagrantly materialistic, super-high-maintenance divas in the celebrity-acting-performing realm of 2013, as a working-class Chilean woman in The 33, a drama about the 2010 Chilean mining disaster. The film, being produced by Mike Medavoy, will costar Antonio Banderas, Martin Sheen and Rodrigo Santoro. Okay, I don’t know precisely who or what Lopez will portray but what else could she play in a film like this? 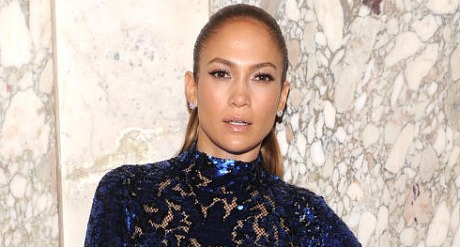 Jennifer “gimme a break with the diva lifestyle” Lopez 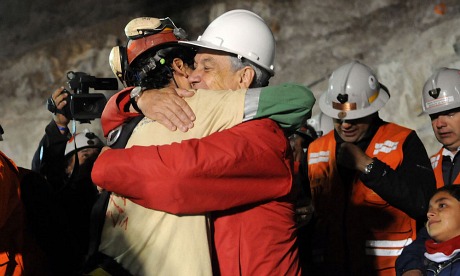 The Chilean miners celebrate after the rescue of the 33.

I would buy Lopez as a drug-dealer’s girlfriend or a style-conscious TV news reporter or something along those lines, but her off-screen rep has become way too much about sparkle and pizazz and limousines and hair stylists and entourages and conspicuous consumption (not to mention her stint as an American Idol judge) to allow anyone to buy her as a woman who struggles to put food on the table. A woman who’s worth $250 million is going to play the wife of a miner or whatever? Lopez peaked as an actress in Out of Sight. In my mind she’s the one whose exhausting, media-inflated relationship with Ben Affleck (i.e., Bennifer or B. Lo) came close to ruining his career.

One assumes that The 33 is going to play its cards as a straight inspirational “up” drama that will bear little if any resemblance to Billy Wilder‘s Ace In The Hole (’51).