Three and a half months ago I reviewed a Kino Lorber Bluray of Marty Feldman’s In God We Tru$t (’80), an anti-religion, anti-corporate satire in which Richard Pryor played God. (Or more precisely “G.O.D.”).

An In God We Trust Richard Pryor-with-white-Godbeard T-shirt was subsequently created by Elara.world, a normcore merch line from an outfit run by the crazy Safdies (Josh and Benny) and Sebastian Bear-McClard (i,.e., Emily Ratajkowski’s significant husband).

A few days ago Timothee Chalamet, costar of Wes Anderson‘s The French Dispatch, wore the whitebeard-Pryor T-shirt during a Cannes Film Festival photo op. And here I am mentioning it. It’s all come full circle.

Posted on 3.21.21: “I just can’t fathom why a rich actor would choose to wear a schlubby normcore T-shirt. He could wear the coolest Calvin Klein or John Varvatos three-button T-shirt…some kind of cooler-than-shit creation with a little style, something he bought in Milan or London or at a tag sale in Marin County.

“What’s the point of a rich guy looking like some average dude from Worcester or Scotch Plains or Clearwater? To what end? To prove to himself that he’s average common too, just like him and the same as you?” 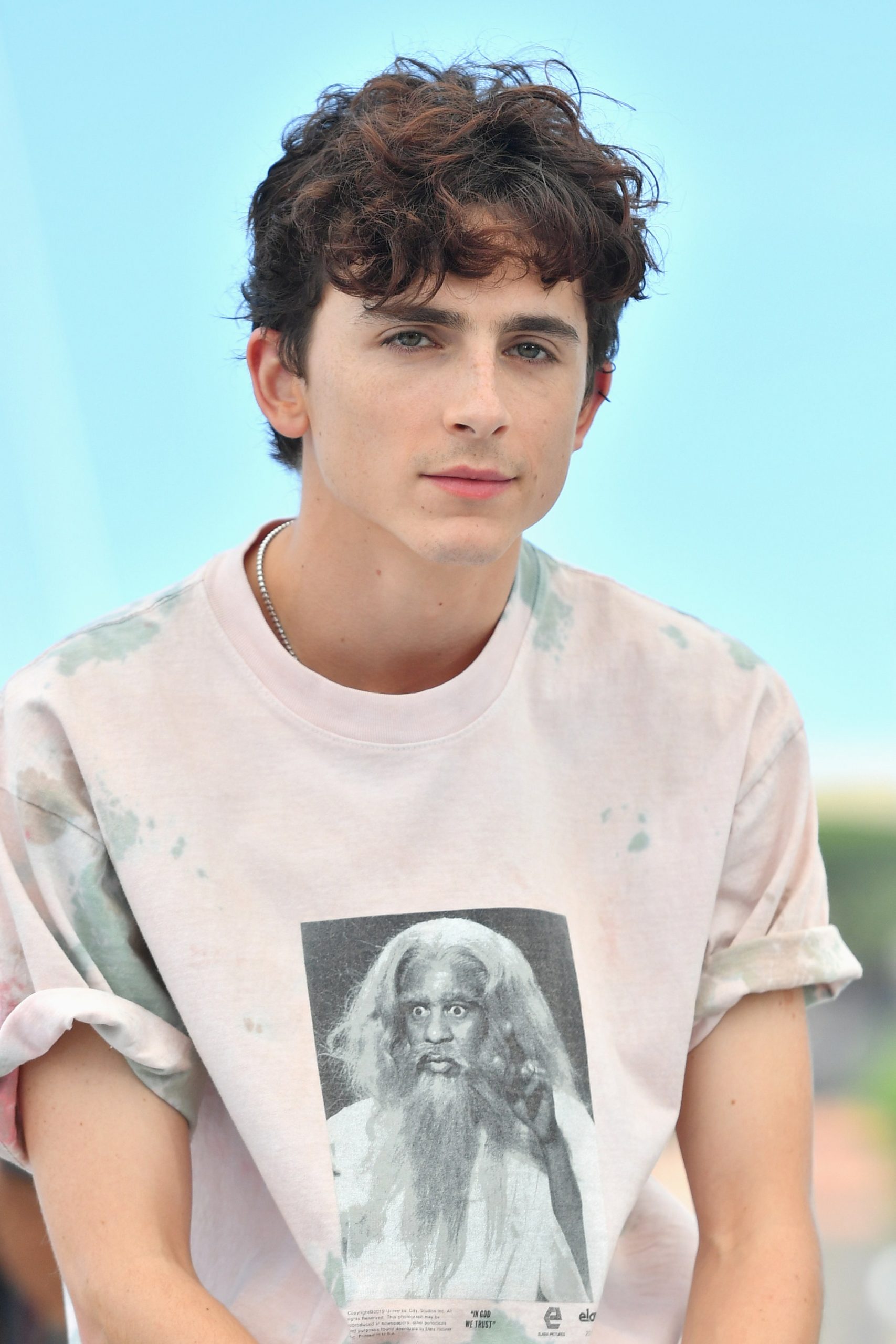