16 days ago a major Time magazine piece, written by Eliana Dockterman, celebrated the coming of Black Widow (Disney, 7.9), and particularly the rugged, progressive, toughed-up de-sexualizing of Scarlett Johansson‘s Natasha Romanoff. And that the movie did. What sector of your ticket-buying audience was revved by this strategy, apart from educated urban progressive women?

There was also the fact that for many of us, Black Widow sucked eggs. Marvel hardcores may have been been into it, but who else? Okay, the Rotten Tomatoes critics score is at 81% (way too kind) and the audience score is at a mystifying 92%. How can this be? Black Widow stinks — I know it does, I saw it at a theatre, I was miserable, etc.

And now, 10 days after opening and at the end of its second weekend, Black Widow has totally plunged at the box-office — down 67% from last weekend.

Deadline‘s Anthony D’Alessandro called this weekend’s fall-off “the second steepest ever for a Disney-distributed MCU title…if you want to know what the negative impact is by having a Marvel movie available in homes and in theaters at the same time, here it is.”

Then again the worldwide box-office so far is $264,012,671 — both domestic and international earning $132 million and change. So Black Widow isn’t a wipeout, or (to be fair) even close to one. But that domestic second-weekend plunge can’t be called encouraging. 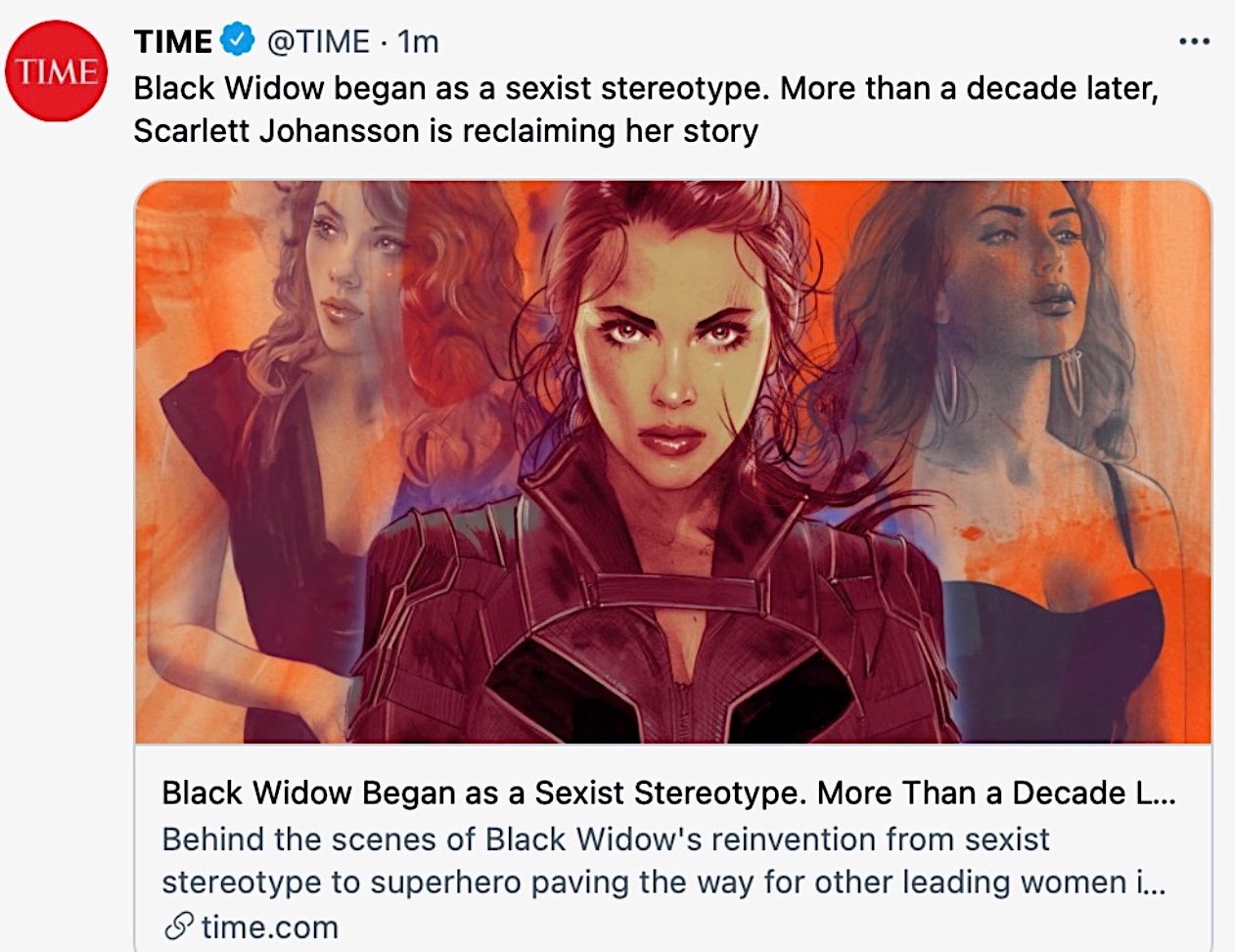