Not Looking The Part

Whatever happened to the alleged plans of Martin Scorsese and Leonardo DiCaprio to make The Rise of Theodore Roosevelt, apparently with DiCaprio intending to play T.R. I guess it died…right? Because the consensus was that the Leo casting made as much sense as Tom Cruise playing Abraham Lincoln or Giovannni Ribisi playing Harry S. Truman? 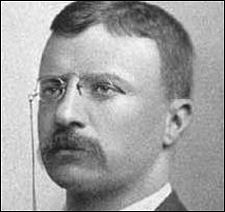 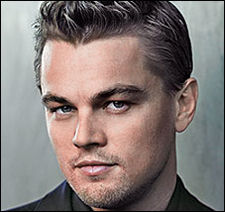 Theodore Roosevelt in either his late 20s or early 30s; Leonardo DiCaprio at 30 or 31.

I’m mentioning this because I happened to watch John Milius‘s The Wind and the Lion last night, and I really loved Brian Keith‘s performance as the nation’s 26th president This was largely a matter of internals, but the resemblance factor was a kick because Keith seemed like such a mirror image.
Has there even been a really successful performance of an historical picture in which the resemblance factor was practically zilch? The only one I can think of was the blue-eyed, honey-haired, perfectly pedicured Jeffrey Hunter‘s portrayal of Jesus of Nazareth in Nicholas Ray’s King of Kings — a perfectly absurd appearance and yet Hunter exuded dignity and directness, and was oddly touching at times.