Not The Good Or The Bad, But The Ugly

What does it say about the state of U.S. culture (or at least the Los Angeles version of it, which is generally thought to be more scattered fizz-pop ADD than in other regions of the country) that Ennio Moricone‘s “Once Upon A Time in Hollywood” concert at the Hollywood Bowl, scheduled for Sunday, 8.25) has been cancelled. My assumption is that this happened due to lousy ticket sales. If so then woe unto thee, O Hollywood Babylon — you have sinned a great sin against the Movie Godz. 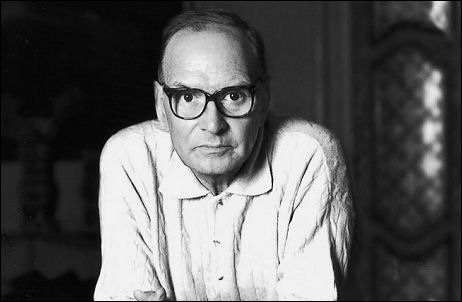 Morricone, the winner of a 2007 honorary Oscar in 2007, would have conducted the Hollywood Bowl Orchestra and the Angeles Chorale playing excerpts from his four-decade career in the movie business. Has this ever happened to John Williams? I kinda doubt it. Or James Horner?

“I don’t know who the handlers are, ” Envelope contributor Pete Hammond says. “The event kind of came into town recently…not more than three weeks ago. This is kind of a drastic thing to do. I don’t know if this was due to disappointing ticket, but if it is this is really a pathetic statement about Los Angeles movie culture.”

Solution: Morricone’s handlers need to arrange for an alternative venue at Royce Hall or wherever, or even a free concert in a park somewhere. The hell with ticket sales. This is shameful. The man needs to play his stuff and the right people need to hear it, and Los Angeles needs to nurture its movie-loving soul. Who are we if someone like Morricone can’t find a decent-sized audience?