Nothing Wrong With Weeping

I’ve melted down over certain feelings…moments of vulnerability and regret. Pets who’ve died violently, tragically. The things that most often prompt leakage are usually connected to loss (i.e., cherished deepheart things you can never get back). And sometimes it happens over nothing. I once broke down because I was so physically exhausted.

I know that as far as watching actors succumb to big emotional moments in films is concerned, it’s almost always more affecting when the weeper doesn’t turn on the faucets…when he/she attempts to keep it buttoned and can’t quite manage that. Gladys George‘s big moment in The Best Years of Our Lives…that line of country. Or that feeling you get from certain film scores.

So there’s nothing wrong with weeping or even people who tear up at the slightest provocation. Some of us are built that way…no fault or foul.

But there is a little something “wrong”, due respect, with weeping over superhero and fantasy movies. Certainly from my crusty perspective. This is a generational thing, obviously, but I just can’t understand how anyone could succumb to deep quaking currents over the fate of Yoda or Han Solo (carbon-freeze scene) or Natasha Romanov in Avengers: Endgame. Or Robert Downey‘s big Tony Stark death scene…I was delighted when that smart-ass billionaire finally bought the farm. 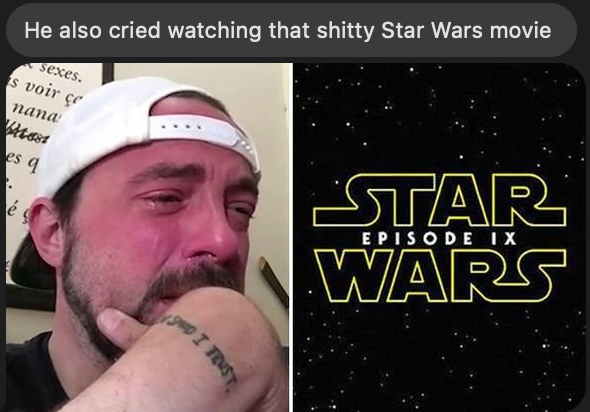 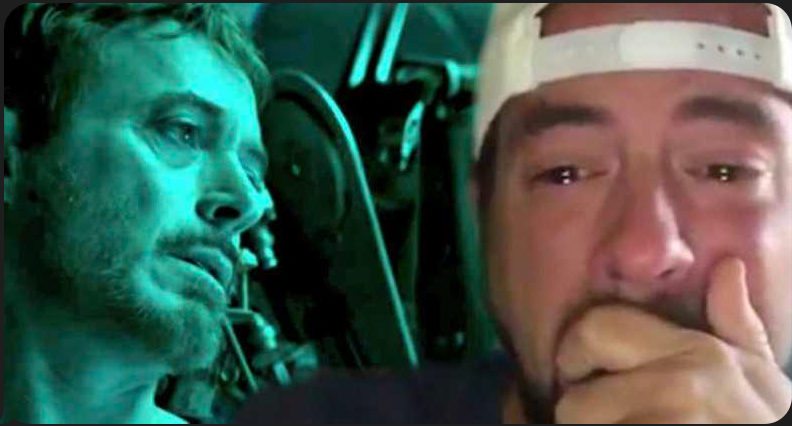