Okay, so DHL (the courier 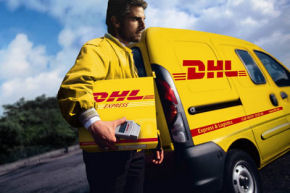