Here’s an interesting N.Y. Times piece, written by Elizabeth Hayt, that ran a couple of days ago about sex and seasoned women in movies and books. The primary focus is Laurent Cantet‘s Heading South (Shadow Distribution) and its story of older single women who enjoy sexual vacations with poor younger men in in Haiti in the 1970s. An interesting view on middle-aged female eroticism, but how real is it? 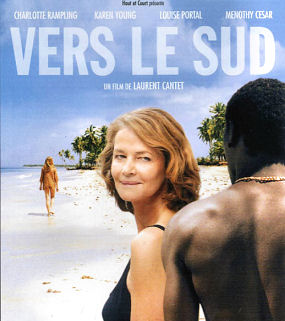