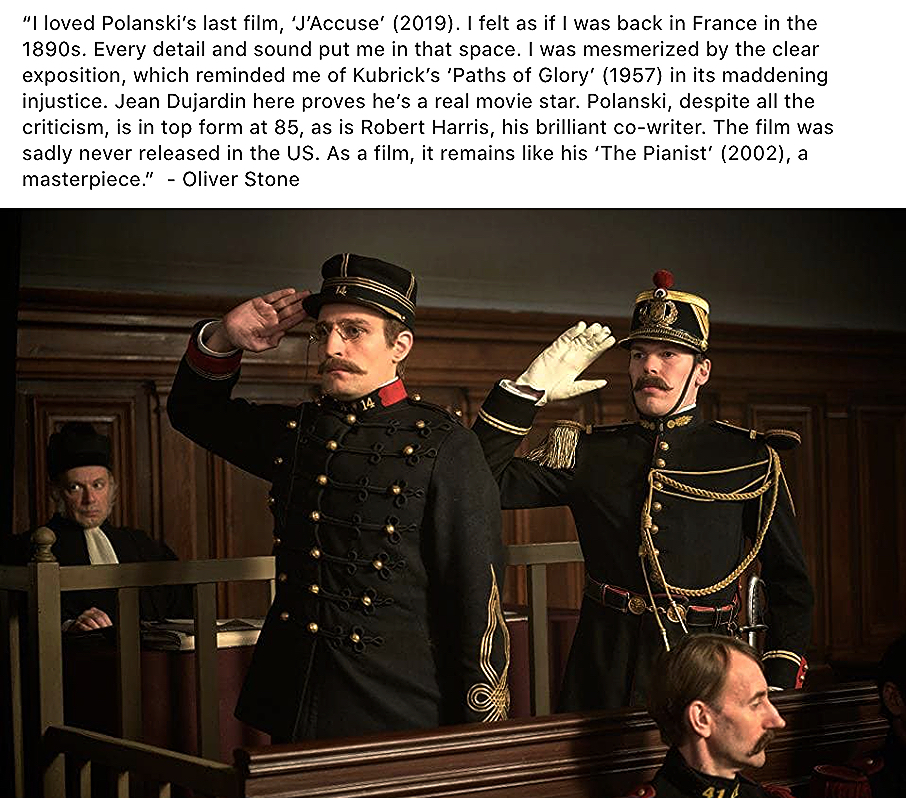 “Jean Dujardin’s lead performance as Georges Picqart, the intelligence officer who uncovered the frame-up, is easily his career-best. Ditto Louis Garrel as Dreyfus plus Emmanuelle Seigner, Mathieu Amalric, Melvil Poupaud, Eric Ruf, Laurent Stocker, etc. And with everyone under the constraints of the era, of having to hold themselves erect and behave in a stiffly correct manner.

“J’Accuse is a textural, cerebral masterpiece, and yet one of the most affecting anti-racism films ever made. The sight of the Parisian nationalists and anti-Semites cheering on the lying military brass…the MAGA redhats of their day.”

Here’s a follow-up piece about access to English subtitles being way out of reach. 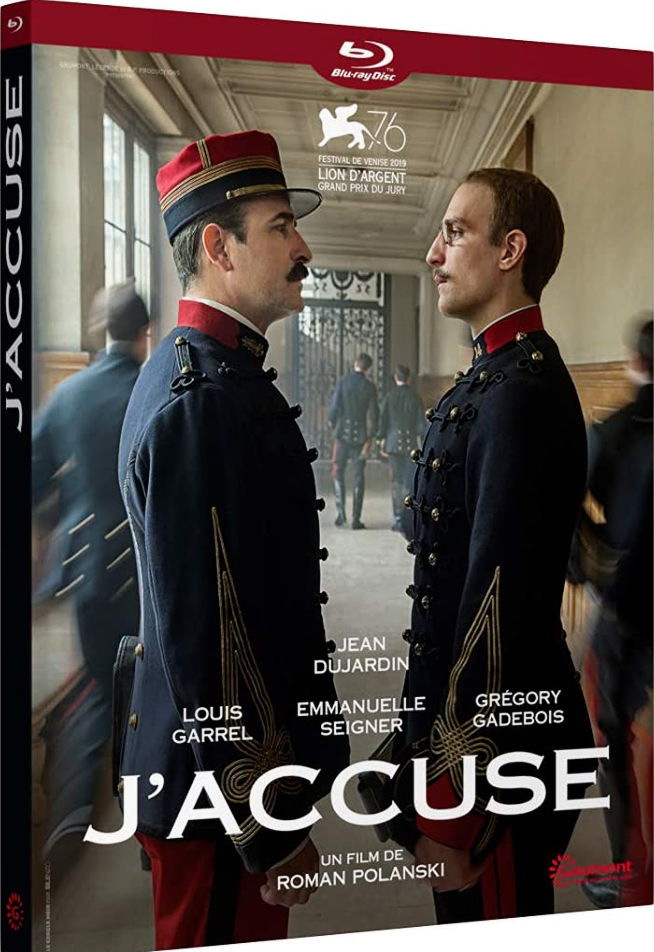