In an interview with Control star Sam Riley, L.A. Times/Envelope guy Mark Olsen says, “I hate to bring this up, but the fact that you and Alexandra Maria Lara, who plays Ian’s mistress Annik Honore, are now a couple in real life, in a strange way, puts a positive, romantic ending on a story that doesn’t have a lot of uplift.” 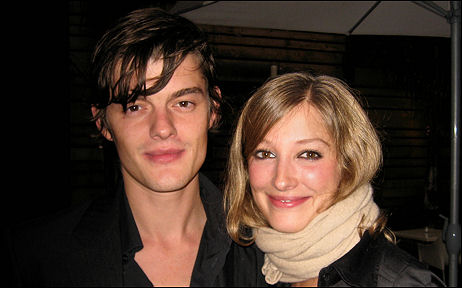 To which Riley responds,. “From what I’ve heard from Anton [Corbijn], Annik, the real Annik, is very moved by the fact we’re a couple. I think she likes the way that given a second time round — their story — there was a different outcome.”