One of the reasons I wasn’t able to put very much up yesterday (Wednesday, 5.3) was that I was doing an early pre-Cannes interview with Babel director Alejandro Gonzalez Innaritu (21 Grams, Amores perros) out at Studio City Radford, where he and his team are working on the final sound mix before delivering a finished print to the Cannes Film Festival, where it will screen on or about 5.23.06. 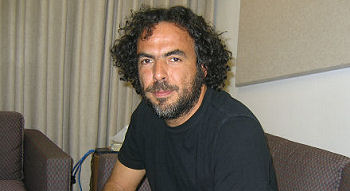 A tightly sprung, hauntingly composed drama on the page (I’ve read Guillermo Ariagga’s script, but I haven’t seen the film), Babel costars Brad Pitt, Gael Garcia Bernal and Cate Blanchett, although many other actors are part of the mix. It’s about intertwining fates and has four concurrent storylines that unfold in three countries — Tunisia, Japan and Mexico. I’ll run the Innaritu interview feature just before the festival begins, but I may let go with a few excerpts between now and that date, which could be Monday, 5.15, or about 10 days from now.