If I was casting Fox Searchlight’s Alfred Hitchcock and the Making of Psycho, I would never choose the buxom, thick-lipped Scarlet Johansson to play the thin-lipped, somewhat rigid-mannered Janet Leigh, as announced earlier today in a Variety story. 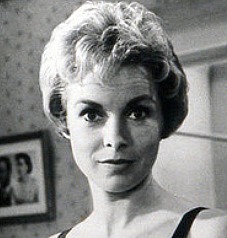 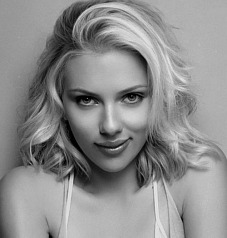 There’s a reason Leigh was a star from the early ’50s to early ’60s — it was a generally uptight, conformist, buttoned-down era, and Leigh’s cautious look and vibe fit right into that. She wasn’t Anna Magnani or Sophia Loren or Gloria Grahame. She was large-boobed, but she was basically Miss (or Mrs.) White Picket Fence. Her face didn’t move a muscle in The Vikings.